The following offenses occurred on NEIU’s main campus from September 18 to September 28. 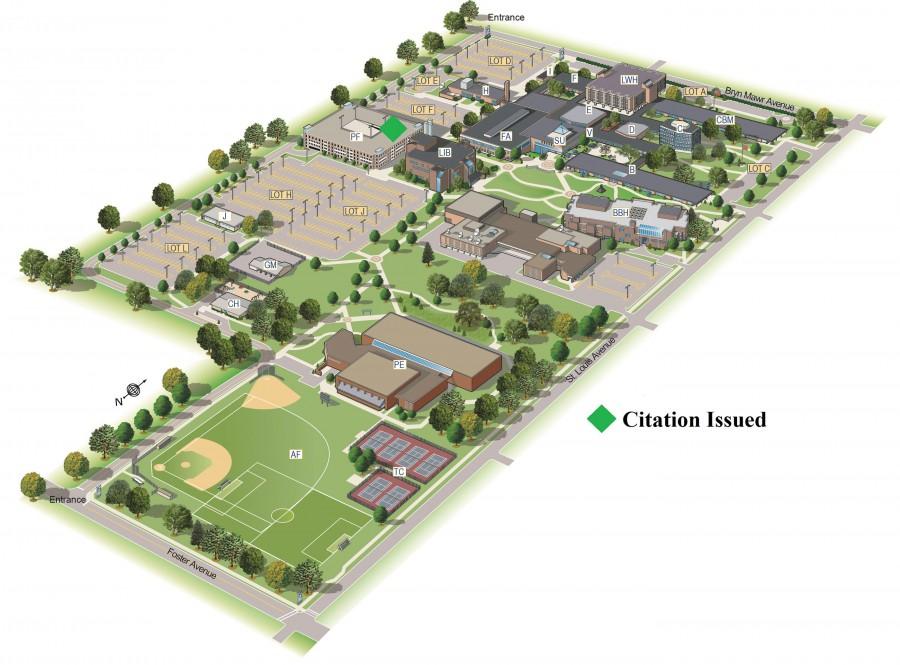 Map provided by NEIU and edited by Viviana Serrano

September 24, Parking Garage: A driver was issued a citation for driving with a suspending driver’s license and using an electronic device while driving.

September 18, Access Road: A driver was issued a citation for driving without vehicle registration.