One Woman, Many Faces 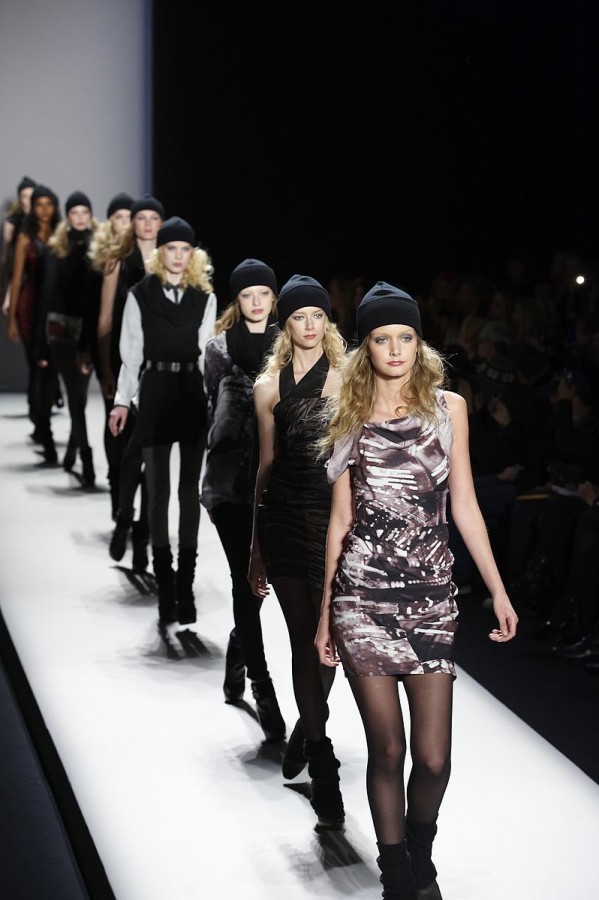 The everyday woman has many faces. She is sporty. She is flirty. She is masculine. She is feminine. She is strong. She is soft. Last month, The New York Times asked: “When is a week more than a week?”

When it’s Fashion Week, of course.

Every September, for the commencement of fashion season, fashionistas from around the country pack their  Louis Vuitton steamer trunks and headed for New York to begin their whirlwind tour of spring and summer of what next year will look like.

At New York Fashion Week (NYFW) they sit in rows and watch model after model strut down runways. They Instagrame and Tweet pictures and videos. In fact, they shared the “everyday woman” so many times that the hashtag #NYFW was trending on twitter with 1.1 million mentions and counting.

Just as fashion week occurs every season, so do media outlets and bloggers to call out the fashion industry. Many are asking, where is the diversity?

Maria Denardo of TheFashionSpot.com, tallied the women of color represented on the runway. After viewing 143 fashion shows and 3,727 runway appearances this season, women of color appeared 28.4 percent of the time. An improvement over last year’s 20.9 percent. Women of color have been a rarity, recently both on the runway and in model representation in general.

There are still others who have seemingly been left out entirely.

In 2010, trans model Andreja Pejic famously walked for Jean Paul Gaultier‘s men line at Paris Fashion Week. Describing herself at the time “living between genders,” she was the first female model to walk in a men’s show. Pejic is now the face of Makeup Forever cosmetics.

In February, one designer made headlines by not hiring models, but instead using actual role models at fashion week. Designer Carrie Hammer and actress Jamie Brewer made history by being the first women with Down syndrome to walk at NYFW. This season, 18-year-old model Madeline Stuart, who also has Down syndrome, continued in Jamie’s footsteps by walking the runway for Hendrik Vermeulen’s collection at Vanderbilt Hall.

The public face of fashion says in the words of Kurt Cobain, “Come as you are, as you were, as I want you to be.” Chantelle Winnie and Shaun Ross break the public model mold with their unique features. Chantelle showcases her skin condition, vitiligo, with pride. While Shaun, who has done everything from co-star in Katy Perry’s video for her song E.T. to walk for Alexander McQueen, is Albino.

Even more mainstream-style models like Ruby Rose prove fashion is opening its arms to those its private face has excluded. Fashion’s acceptance of public faces even trickles down to its most basic every day place: the big commercial retailers. Target’s new plus size line Ava and Viv or Uniqlo’s new line designed by Hana Tajima for the woman who dons a hijab. H&M’s new ad features a model in a hijab.

Publicly, fashion is a highly inclusive, supportive and fostering society of free-thinking mavericks who take the world by force and don’t let go. Fashion week is, in a way, fashion’s private face. The “invite only” parties and shows full of super exclusive guest lists — fashion week is a place where one, the everyday woman, has multiple personalities and an endless closet full of magic tailoring elves.

Fashion is a magical, mystical world that many look to for inspiration, look at with fascination, and look forward to showcasing with pride. Fashion’s private face may have gotten a tan but its public face has developed Dissociative Identity Disorder.