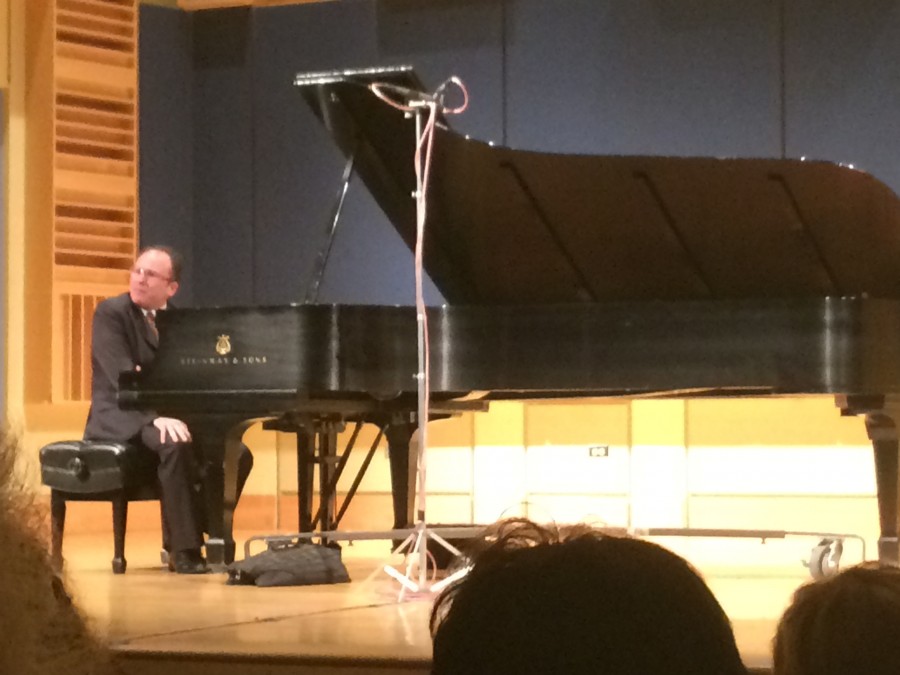 Nick Bianchi
It is rare to witness someone pour their entire being into their work, outside of the fictions Hollywood gives us. But that is exactly what audience members were treated to during Sergio Monteiro’s performance.

Born and raised in Brazil, Monteiro has spent his life perfecting his skills as a pianist, for which he has repeatedly earned major honors and awards, including compositions written specifically for him. Despite his staggering reputation, Monteiro opened the concert at NEIU’s modest recital hall with only a gracious smile and a deep bow. He then threw himself into his craft with such fervor that it was as though he were performing for the composers instead of a few handfuls of college kids.

Although he won the crowd’s favor after the first song, Monteiro attempted to spend as little time as possible between each piece – though his bows grew deeper as the night went on. By no means did he take up stage time seeking extra applause or flexing his ego, the audience’s enjoyment of the music was his priority.

The program featured mostly tried and true classical works, which some modern music lovers might turn up their noses at as ancient, but the passion and focus this talented man applied to each song seemed to be a direct response to anyone who feels that way.

He lets the music speak for him. The only times he spoke during the performance were when he was about to play something from a lesser known composer.

“I like things people have never heard of,” he said.

After the concert was over, Monteiro chose to remain for a reception where he freely offered to give signatures, take photos with any who asked, and happily answered all questions.

Monteiro was also extremely gracious when receiving attention, every person who approached him after the show was thanked genuinely. It was such a surprise that someone with such an incredible amount of talent, who has earned so much respect in their field, would be so generous with their time and humble to boot.

Monteiro seems intent on rekindling the emotional experience these pieces had when they premiered, and it is hard to not get excited when someone shares something they really care about.

If you have not been to any of NEIU’s Jewel Box concerts yet, make an effort to treat yourself and catch one. Whomever handles the booking has so far been able to bring in some real gems, and at a price students can afford. You’ll be surprised at how much you enjoy this series.