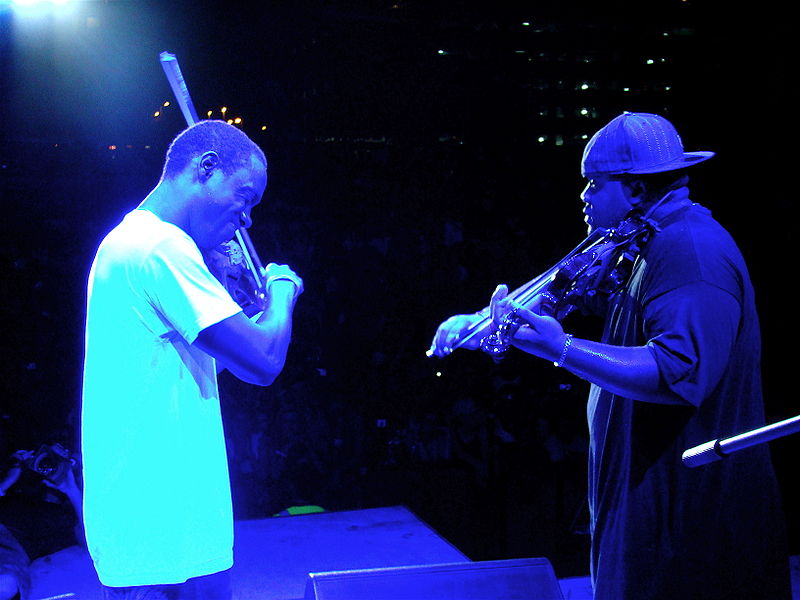 Melodies as old as time fuse with modern day beats, producing a hybrid of rhythmic harmony that strikes heart strings as well as eardrums.

This is how the new LP by African-American music duo Black Violin can be described. The group consists of Wil Baptiste on the viola and Kev Marcus on the violin.

Music aficionados not familiar with the talented twosome are in for a treat. The two musicians met in Florida while both attending Dillard High School of the Performing Arts. They attended separate universities but reunited after some time with the goal of producing music for other artists; little did they know – but would soon find out – that they were destined for the spotlight.

What makes Baptiste and Marcus musical powerhouses is the fact they they’ve successfully combined classical music with hip-hop, two genres on completely opposite ends of the music spectrum.

Their 2015 LP, “Stereotypes” breaks down the walls that society has refused to see when it has faced such topics like racism, poverty, race color-blindness and the definition of the word “stereotype.”

Those who have to bear with a stereotype – who, when you think about it, is every human being on the planet – are sometimes forced to wear it like a badge of disgrace and face pre-conceived generalizations attached to their race, creed, gender, etc. every day of their life.

Tracks one and two, called “Stereotypes” and “Invisible” respectively, give a haunting but moving insight with lyrical flows from rapper Pharoahe Monch.

Monch tells a semi-saddening tale laced with reality through words such as, “I am not invisible. We are at a precipice of a point that is pivotal. A murderous society of sick individuals, that murder is more of a ritual.”

If a listener is not into rap lyrics, that person can tune into tracks five, eight and nine. Track five, named “Shaker,” shook me to the core without lyrics. This song is beautifully riveting. Hip-hop beats dance with violin chords creating an intense and romantic expression of the two genres.

Track number eight, called “Day 2” will lose you in its sea of blended violin and piano sounds but as a lover of classical music and hip-hop, I can promise you won’t want to be found.

For those who cannot decide on whether or not they want to listen to classical music or hip-hop, that person can listen to this album and get the best of both worlds.

The album is emotional, passionate and even a little haunting but it has the potential to appeal to both lovers of Bach and Biggie Smallz. This is quite a feat for one album and one group for that matter but with “Stereotypes” being Black Violin’s third LP, it seems that the once impossible idea of blending classical music and hip-hop has been proven…more than possible.