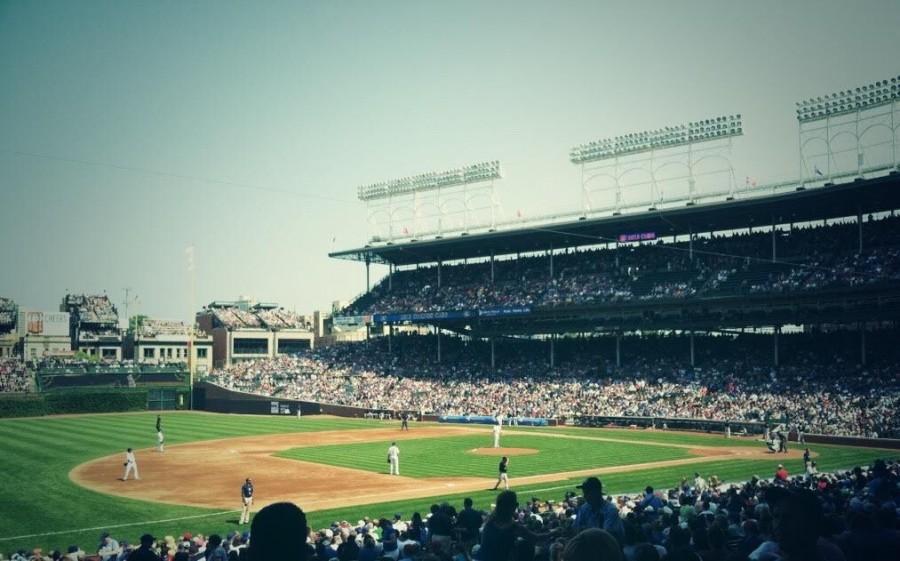 From Santo to Ramirez and now Bryant, the Cubs' hot corner remains in good hands.

In the lore of Cubs history, it was Tinkers to Evers to Chance. Today, it’s Santo to Ramirez, to Bryant.

Ron Santo was the greatest third baseman in Cubs history. At the time of his retirement in 1974, he finished with a record of .277 batting average, 342 career home runs, and 1,331 runs batted in (RBI). Granted, there are players with better numbers, but no one before Santo had ever played the hot corner for the Cubs as well as he did, and especially not for 14 years.

Almost thirty years later, along came Aramis Ramirez. Cubs fans who remember 2003, – the good memories, prior to Game 7 of the National League Championship Series (NLCS) against the Marlins- know that when Ramirez was traded to the Cubs in 2003, he joined a squad full of superstars, such as Sammy Sosa and Kerry Wood. Ramirez didn’t look to be the superstar, though. He kept his head down, never drawing attention to himself like other star athletes, and played hard every day. After nine years in the Northside of Chicago, Ramirez had four seasons with 100+ RBI’s, seven with more than 25 home runs, and was third on the Cubs’ all-time career slugging percentage. When he left the Cubs following the 2011 season, his numbers solidified the argument that he was the best third baseman the Cubs have had since Santo.

The biggest difference between Santo and Ramirez is that Santo, with the exception of his last season as a professional, played his whole career as a Cub. When Ramirez left the Cubs, he signed with the Milwaukee Brewers. He played for them for nearly four seasons before being traded to the Pirates, the team that began his career in 1998.

Now, Ramirez’s career is coming full circle. It’s his final season in the majors and the Pirates are making their push for the postseason. As the last games of the season approach, Ramirez and the Pirates have to play one more series against the Cubs. With the race for the Wild Card tightening up, this series can potentially make or break the Pirates since the Cubs are the ones racing them to the finish line.

This means that the hand that once fed Aramis Ramirez, is now the one he must bite. The Cubs and their fans know how much damage Ramirez can do at the plate. They didn’t call him “Mr. RBI” for nothing. However, the Cubs, their fans, and the rest of MLB know that while Ramirez may be key in helping the Pirates into the postseason, they have someone else to count on as well: Kris Bryant.

When compared to Santo and Ramirez, Bryant is in a league of his own. Even though he began the season in the minor leagues and was called up to the majors mid-April, Bryant is on his way to writing his name in Cubs history. With his 25th home run of the season, he tied Cubs legend and Hall of Famer, Billy Williams, for the most home runs hit in a single season by a rookie. Bryant is also on pace to have 100 RBI before the season ends; a feat not even every veteran player can accomplish. Hence the reason why Bryant is making a case for winning Rookie of The Year.

So while Bryant hasn’t finished rounding third like the greats before him, he is well on his way to fueling the argument about who is the greatest third basemen in the league. History doesn’t always repeat itself, but it does have a way of uniting the past and future, like when the Pirates face off against Cubs on a crucial weekend at the house Santo, Ramirez, and now Bryant called home for many years; Wrigley Field.