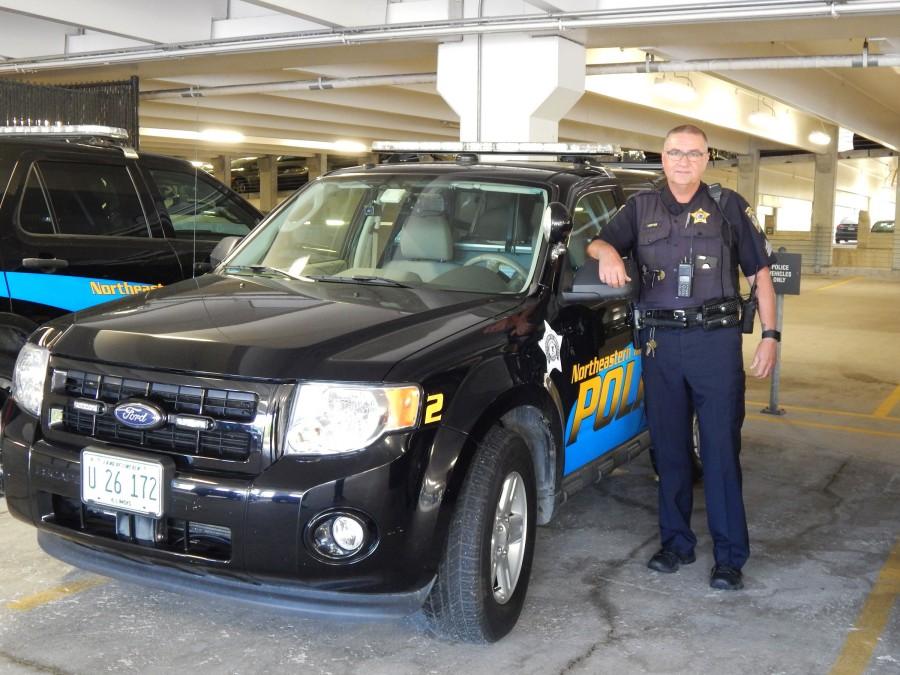 Independent: Where are you from?

I was born in California, but I was only there for two years.

Independent: What part of California?

Monrovia, it’s around Pasadena. I didn’t move, my parents took me. I feel like I should be in California, that’s where I should be. I just have that attachment.

The Chicago Cubs. I grew up in Chicago. We are going to win the division. We’re going to go all the way because no one expects it. That’s what happens when you don’t expect it.

Independent: What are your hobbies?

Independent: What’s the hardest part about being an officer here at NEIU?

When something happens, it’s new. There’s not a real routine here. We might get five or six domestics a week. Because there’s not a lot of crime that goes on here on campus. That’s probably the hardest part — whether you want to go too far, or not far enough.

Independent: What do you mean?

Well, if you’re going to arrest somebody and take them in, you have to put them in handcuffs. And you kind of feel bad about it because you know it’s a student that you’re arresting but there’s protocol that you have to follow. You have to worry about your safety. You never know what that person is going to do.

For me, because I’m not a 30-year veteran police officer, I try to air on the side of caution. I try to look at it as this is a student I’m taking in and I may not cuff the person or I may not do the things you’re supposed to do because I’m trusting that way. We don’t have the same thing over and over.

There’s a lot of departments where you have the same routine over and over again, we don’t have that here. So it’s new, you have to think it out. It’s not, “Do it this way.” You have to think it through. It’s not like putting together the newspaper — you know what has to be done, when, bring it in, get it done by then, you need it done and everything is just in order.

Independent: You mentioned you’re not a 30-year veteran.

How long have you been here?

I’ve only been here since 2011. This is my four-year anniversary.