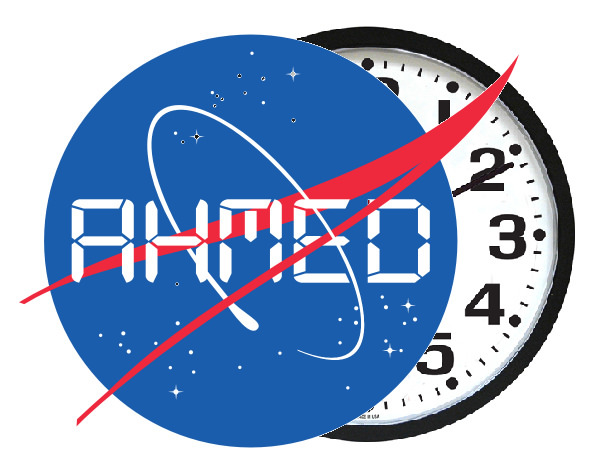 The 14-year-old engineers enthusiast made headlines after bringing a homemade clock to his high school.

Engineers are often misunderstood, but no one has been as misunderstood as 14-year-old Ahmed Mohamed. On Monday, September 14, Mohamed was removed from his classroom, questioned, detained and processed by the Irving, Texas police department along with school officials.

According to the high school freshman, it was “humiliating and dehumanizing.” School and police department representatives said the process was “for the protection and safety of Ahmed and other students.”

Since that day, both traditional and social media have blown up with this story about a “hoax bomb” and a Muslim boy.  Many people have had a say on the topic from @POTUS- President Barack Obama, to world famous, British, street artist @bansky to BBC News and many more. Hundreds of thousands of mentions about Ahmed have ravaged Twitter, Facebook, Instagram and many other social media sites. On Instagram alone over 22,000 mentions with drawings and pictures of “clock boy” and his “hoax bomb” from around the world all bearing the hashtag #IStandWithAhmed.

Many herald him as a hero who should never give up his dreams, while a few others claim the race baiting media to be blowing things out of proportion, again. The question no one seems to be asking so far is, what will happen to this kid’s future when the attention dies down?

Mohamed, like many other youths in this country, have now been party to our nation’s prison justice system. As both a racial, and religious minority, this is a dangerous place to be. Many youths, and adults for that matter, are under the false impression that a juvenile record will not haunt you the way an adult record does.

In Texas, he would most likely be eligible for a court ordered process to remove his arrest record completely. In Illinois, he would also be eligible to apply for petition to expunge or seal his record, but not until he turns 18.

Last May, WBEZ ran a story called, “No criminal record? Wipe that arrest record clean at 18.” In short, the story detailed the misconception that a juvenile arrest record is automatically sealed when that juvenile turns 18. On the contrary, much the opposite is true. It must be legally sealed or expunged through a lengthy and sometimes costly court process.

On the other hand, having a record expunged removes or destroys the record, making it unable to be accessed even by court order. Thus, giving the legal option to answer “no” on an application that requires criminal background disclosure.

Chief Larry Boyd, of the Irving Police Department said in a Thursday press conference, “under Texas law a person is guilty of possessing a hoax bomb if he possesses a device that is intended to cause anyone to be alarmed or a reaction of any type by law enforcement officers.”

This statement says to me that even though the charges were officially dropped the fact that teachers were alarmed and school resource officers reacted means that Ahmed is still guilty. This statement, along with the many errors in his questioning, detaining, and even processing without parental consent, will follow this kid and others like him permanently.

Hopefully, Mohamed and his family can easily and swiftly navigate the process to have this foul mark removed from his record. Not all juvenile offenders have this opportunity and I hope he considers himself one of the lucky few…which may speak volumes about how we regard underage offenses overall.