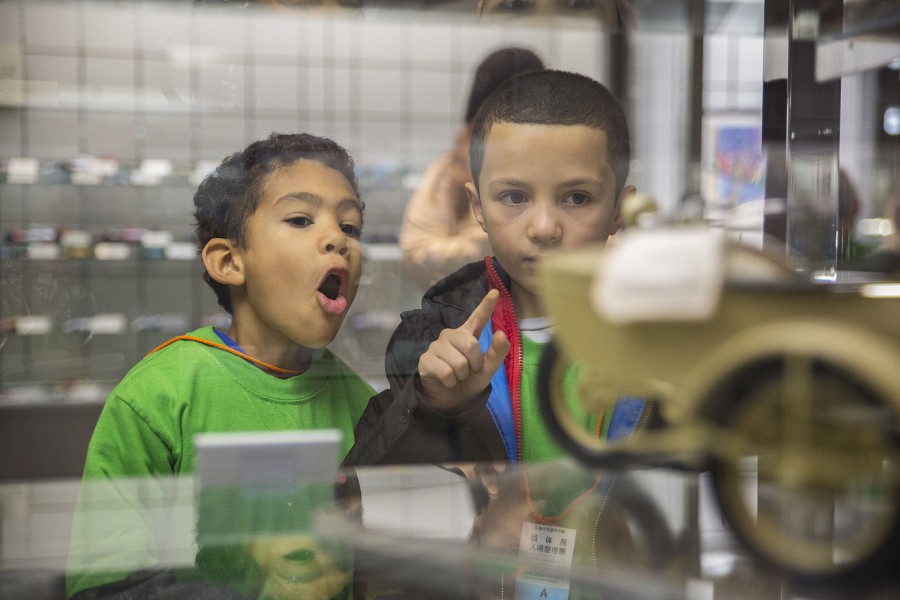 One of the best things about Chicago is the number of world-class museums. If you went to grammar school here, your field trips were most likely to the Shedd Aquarium, the Field Museum and the Museum of Science and Industry.

These places are staples for young Chicagoans and Chicago Public Schools (CPS) realizes that.

For the last nine years, CPS and the Museum of Science and Industry (MSI), (cough, best museum, cough) have partnered to give free museum passes to CPS students. All CPS students K-12 get two free MSI passes that are good from now until June 21, for attending their first day of school.

These passes are also not “kid specific.” According to a report on DNAinfo, they provide free entry for two adults, children or seniors, any day, during normal museum hours.

Now, I’m all for free passes to museums. They’re expensive to enter and I take advantage of the free days most Chicago museums offer to Illinois residents. If I don’t see the Apollo 8 spacecraft at MSI, or Sue the T-Rex at the Field Museum at least once a year, I break out in hives from lack of awesomeness.

But, I have a problem with this system.

These aren’t merit-based passes. They aren’t given to the students who earned the highest grades, or improved the most or raised the most in a fundraiser; every student is getting one. And while I’m all for equality, I’m not a fan of this program. MSI is bribing students to attend their first day. Something CPS shouldn’t have to do.

Also these passes can be used by anyone. These are not children-only passes; adults and seniors can use them too. And yes, I can see why they do that; a parent or grandparent could take their child, or so the high school students can use them, because they have to use the adult passes. I don’t like that these passes can be used by anyone. If you’re going to give it to a student to encourage them to go to a museum, then they should only be able to be used by that student. The potential for fraud is there.

But my concern is not the ‘fraud’ that could potentially happen, I am more concerned with MSI bribing students to go to school. I feel like if these were merit based, I wouldn’t say anything, in fact I would be praising this program because students would be earning these passes.

Regardless, kids are going to have the choice of visiting a museum. They are dropping the video game controller and going outside, getting some fresh air and marveling at history. Seems like a win-win to me.