For Rent: The Occupancy of NEIU’s Athletic Fields 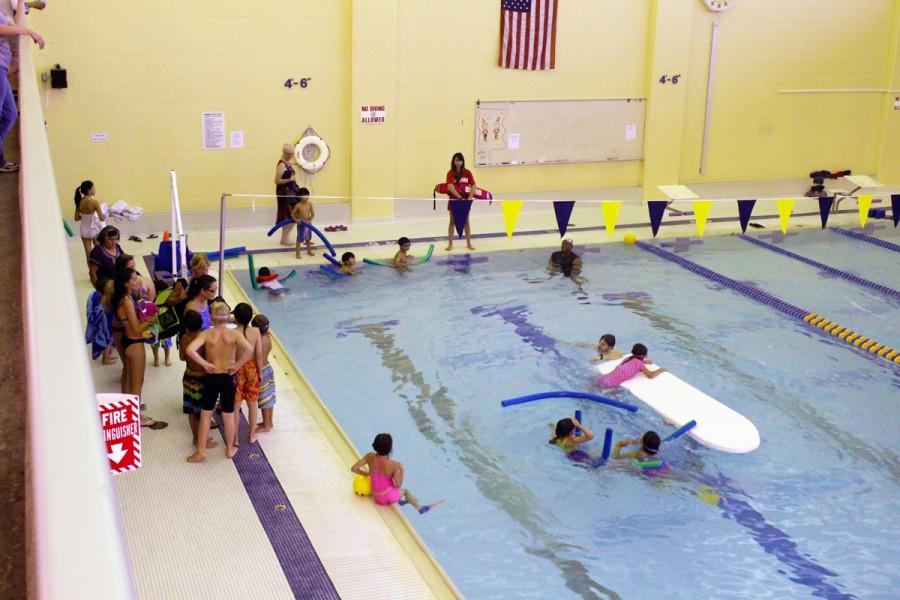 The PE complex puts its many amenities to good use.

The rental of the gymnasium and swimming pool of the Physical Education Complex is a common sight for many students seeking physical recreation. Organizations from the community of North Chicago often negotiate with the managers of the complex to rent time in the courts, or host a swim meet for the pool.

“We get tons of rental requests from outside organizations. Typically I try to stick to the ones that are sports related,” said Dave Merrill, Director of Campus Recreation. “We partner with local high schools, [like] Von Steuben… We host a team called the Chicago Force, which is a professional tackle football league… And so we work with the Noble Network, some of the charter schools, they’ve played home basketball and volleyball games here.”

The pool of the Physical Education Complex is overseen by a group of Aquatic Operations Managers, with Dan “Dee” Reemer being one of the main supervisors. “Some of our rentals include Irving Park YMCA,” said Reemer. “This group called Max Multisport, Von Steuben, Underwater Hockey, Northside Diving… that sums up most of them.”

Robert George, a senior swim instructor at the pool, said, “Von Steuben comes in, usually on Friday afternoons or Saturdays.” Regarding the number of people that rent the pool, George said, “It averages to probably up to 10 and up — 40 max; 10 in the least.”

The management of the complex built long-standing relationships with the schools and communities that have rented the facilities.

In the past, the management of the complex rented basketball courts fully, rendering them unavailable to students. Dave Merrill’s management placed student recreation as a priority, due to complaints from students and the demands of some rental negotiations.

Upon explaining the division of the basketball courts, Merrill recounted, “We did it because we wanted to focus more on recreation for our students than hosting a college basketball game. There are times when we have classes, we have rentals and we have recreation all going on at the same time.”

Reemer spoke of the effect of the rentals: “The rentals definitely help us out. The Learn to Swim program is about a $95,000 swim program, that’s about how much we take in gross revenue, and we’re looking to expand in the semesters to come.”

“We’re the only place on campus that makes a profit,” George said — which Reemer affirmed.

Merrill regularly sees students that complain about the availability of the facilities during rentals, and does as much as can be done to allow time for teams and recreation students. “Our philosophy has always been, ‘we never want to rent out all the space,’” Merrill said. “We want to make sure that there’s always at least a court for students.”

The rates for renting a part of the facility depends on many factors, including the space used, the amount of people attending, the supervising bodies paid to check on the event, and the amount of time the space is used.

To rent the main gymnasium, the rate begins at $100 per hour. The auxiliary gym costs $75 per hour for one court. “Usually for high schools, I don’t charge them that much,” said Merrill. “If they want one court, it may be as low as $50 per hour.”

“So when we rent the building out, chances are there’s some wear and tear done to the facility,” Merrill noted, “so we try to use our revenue to do facility improvements as much as we possibly can.”

In this case, sharing the facilities is caring for the facilities, and the management acknowledges the issues of students, placing student recreation as a priority for its duties.