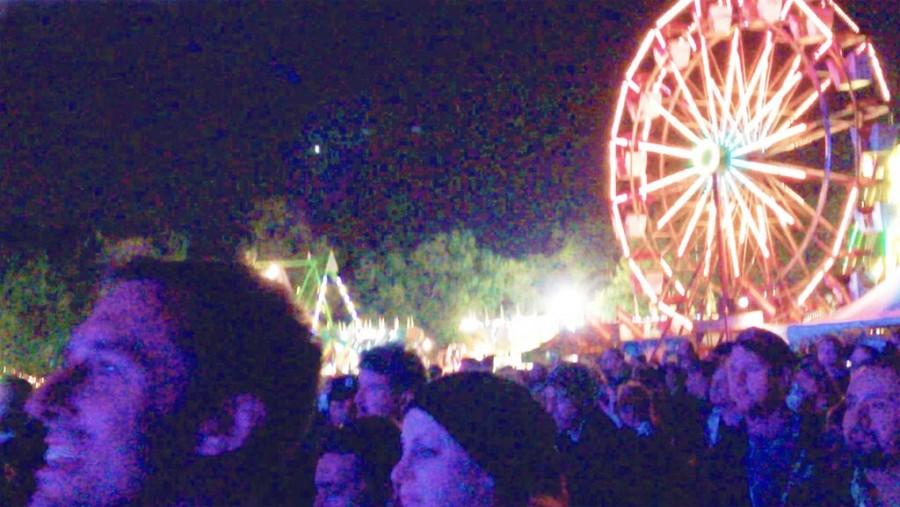 The Ferris wheel at Riot Fest 2014 lit up the September night sky as patrons enjoyed music in Humboldt Park.

One of the things that makes Chicago summers so special is the vast amount of things to do outside, like take in a baseball game, go to the beach or attend any of the numerous festivals the city has to offer. Our summer days are like a song from “Grease” and as memorable as the last number of “Dirty Dancing.”

Riot Fest is one of the preeminent music festivals in the country and it’s celebrating its 10th year in Chicago. It became a festival and carnival in Humboldt Park in 2012. However, it won’t be held there this year. Honestly, I think it’s a shame.

I’ve been going to Lollapalooza for the past 11 years and I attended my first Riot Fest last year. It rained that weekend, so the grounds of Humboldt Park were terribly muddy and just as destroyed as what I’ve seen in Grant Park over the years. I was muddy and felt kind of gross by the time my partner and I made it over to the stage where The Cure was playing on Sunday night. In spite of that, I was beyond excited to be there and was inspired by what I saw. It was completely different from the 100,000 people a day atmosphere of Lollapalooza. There were carnival games, rides, and the lights that blinked off of them felt magical against the cool September night as “Pictures of You” played through the speakers.

Truth be told, I think punk, metal and alternative culture gets a bad rep. Some people don’t understand the messages behind the music. Some people see pink Mohawks, ball chains, spiked belts and think, “They’re weirdos. They’re up to trouble. They shouldn’t be here.” Well, speaking as someone who loves to dye her hair blue and purple, has owned ball chain jewelry since grade school, and certainly appreciates the appeal of punk culture, I can say with confidence: yes, we are weirdos. However, we’re not all trouble and we have a right to peaceably assemble, just like everyone else in this country.

In 2014, DNAinfo.com reported that nearly 160,000 people attended Riot Fest that year. Over $100,000 in repairs was needed to restore Humboldt Park after the three-day festival. Riot Fest, like Lollapalooza, paid the damages – not the Chicago Park District.

Riot Fest also employs hundreds of local Chicagoans to help man the fest and welcomes volunteers to support their efforts. It plans to give back to the communities through grants for non-profits and scholarships. The festival founder, Michael Petryshyn, issued a statement and said he didn’t just want to repair the damage to Humboldt Park; he also wanted to work with the Park District to build a permanent infrastructure to improve the park. Why wouldn’t he want that? Petryshyn not only wanted to make Humboldt Park Riot Fest’s permanent Chicago home, but is also a resident of the community.

Humboldt Park is without doubt one of the most beautiful parks in the city. The fact that a festival of that caliber wanted to help support its beautification should have been seen as a blessing rather than a curse. Chicago is one of the most segregated cities in the country. I get it: most people don’t like it when outsiders come in. Yet, think about the fact that people who would have never gone to Humboldt Park otherwise had the chance to see some of the biggest acts in the world on local stages. The festival is a part of Chicago music history, like Lollapalooza, Blues Fest and Pitchfork.

I grew up not far from Douglas Park and am really interested to see the impact Riot Fest has on the community. I hope it’s met with open arms. Enjoying a night under the stars, rain or shine, listening to some of your favorite songs with some of your favorite people, and knowing that your funds don’t just go to support your favorite bands, but they also go back to your community. Well, it doesn’t get much better than that.