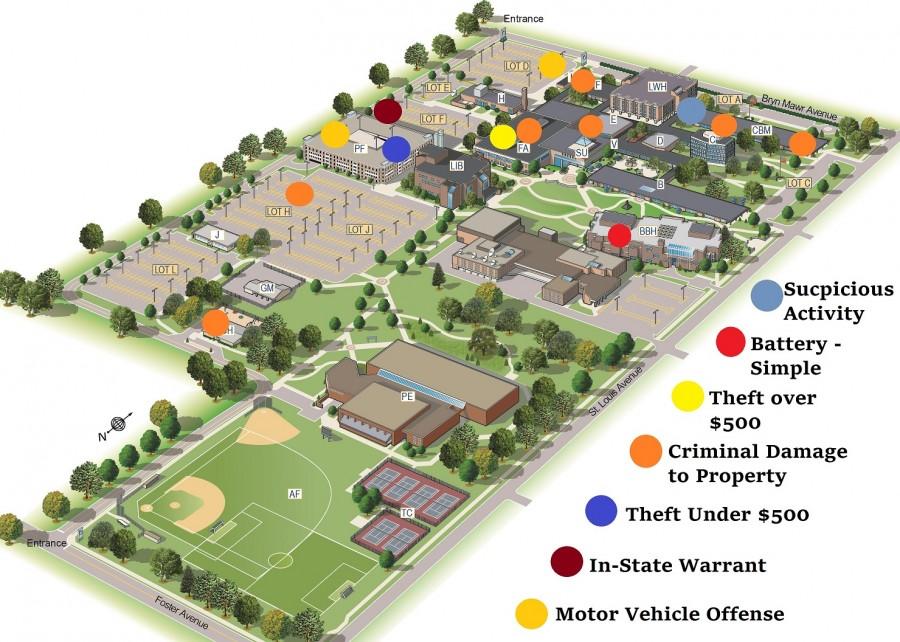 The following offenses occurred on NEIU’s main campus from April 15 to May 15:

April 15, Parking Facility A student reported the emblem of her car being stolen.

April 20, Bernard Brommel Hall A student got into an altercation with another student.

April 24, Parking Lot D A driver came into the police station to report his vehicle was struck by an unknown offender.

April 29, College of Business and Management A call was received by the police station about an unknown male in the building, the caller was concerned about his well-being.

April 30, Parking Garage A driver possessed a sticker that belonged to another vehicle.

April 30, Parking Lot H An unknown individual damaged a student’s car while parked in the lot.

May 1, NEIU Police Dept. An individual was arrested on active warrant out of Kane County, the offender bonded and was released.

May 1, Daycare Center An unknown offender damaged the storage shed.

May 8, F Building An unknown offender wrote graffiti on the fire extinguisher.

May 8, College of Business and Management An unknown offender placed an offensive symbol on a bulletin board.

May 15, College of Business and Management A window panel was broken, facilities were notified.