The Imminence of Eminent Domain 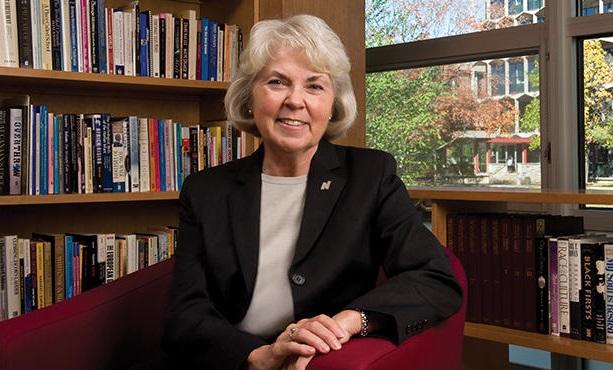 President Sharon K. Hahs has continued to meet with the Independent to clear up misconceptions and speak in detail about the Decade of Dreams project.

“Eminent domain is a legal process whereby a public entity may acquire a physical property for a public purpose,” said NEIU President Sharon Hahs in an interview for the Independent last spring. “We are a public university and our purposes are public purposes.”

The imminence of this process was demonstrated by the April sale of the Caren Realty property, which was the third of the eight Bryn Mawr properties to be purchased by NEIU. It is the second largest property that remained to be sold.

Despite the pleas made by local business owners during NEIU’s Board of Trustees meeting in April, the eminent domain process is still moving forward.

“My message remains the same, withdraw the eminent domain lawsuit against my neighbors,” said Gina Fong, a member of the community association’s board. “You appear unmoved by the ethical and moral arguments regarding this issue.”

Faced with dwindling enrollment, Hahs said the NEIU board of trustees is acting upon their goal to remain viable as a university.

“We want to attract new students and build our demographic because the state is not providing more state appropriation,” Hahs said. “We need some additional demographics to build our student body so that we have more tuition, by having more students, not by raising the price on each student.”

When the NEIU Board of Trustees introduced its “strategic plan” in 2008, they found that offering student housing was part of NEIU’s future. “We determined that the university should develop a residential life experience which was consistent with the mission of Northeastern,” said Hahs.

Hahs insisted that NEIU used prudence in deciding on the properties for its hopes to construct student housing. “We chose not to acquire individual homes,” she said. “To the west, [the property] is the last one closest to NEIU and it is a business property, not personal homes, so that it why we chose that.”

The NEIU Neighbors Coalition (NEIUlandgrab.com) claims that eminent domain is a scheme to introduce private financial interests to the area: “President Hahs and the Board of Trustees of NEIU appear to have spent years developing their condemnation and private real estate developer deal WITHOUT opening any meaningful dialog with the impacted property owners or surrounding community.”

“We don’t do strategic plans in a vacuum,” said Hahs. “We did our strategic plan in 2008 with over 600 people participating—staff, students, trustees, community members.”

The anger of local residents has been aimed specifically at Hahs. “I’d like to slap her,” said one local resident on social media. “What an arrogant and out-of-touch human being,” said another.

“It is my job to be the target,” said Hahs. “But I am glad to have the focus stay on me because otherwise it is throwing mud at the trustees.”

According to city records on this zone, “the area has suffered from a lack of private investment in property improvement.” The Lawrence/Kedzie TIF zone was characterized as “unsuitable for modern commercial use, an inadequate supply and configuration of parking, poor access characteristics, and lack of aesthetic appeal.” TIF zone money will not be used to fund the Bryn Mawr student housing project.

The investment opportunity is one that NEIU cannot afford to pass up. “Our investment is $3.5 million on a $45 million project,” said Hahs.

NEIU has an agreement with the Collegiate Housing Foundation (CHF), a non-profit organization, which will have a contract with the American Campus Communities Inc. (ACC). NEIU will be removed from assuming the debt from the construction of the residence halls and the CHF will employ everyone who works at the student housing building. According to Moody’s Investors Service, the ACC uses tax-exempt bonds to finance the residential housing projects of cash-strapped state universities.

“This is an off-campus scheme with corporate real estate developers, Wall Street bankers and local politicians—all built on land seized from middle class community residents,” says the NEIU Neighbors Coalition website. “The scheme smells of an abuse of power and possible corruption no matter how one looks at it.”

“It’s a difficult spot where people are really angry, but you want to say ‘but I think it’s great’ because then they say, ‘how could you say that, you’re a terrible person,’” said Hahs. “In 30 years, their [the CHF under contract with the ACC] bonds will be paid back and we will own the property. It’s really having an outside party finance this, because we can’t afford to finance it.
The construction of the Bryn Mawr residential halls will begin in May of 2016. Construction has already begun on campus for another residence hall just south of the parking structure.