Even the Book Readers Don’t Know 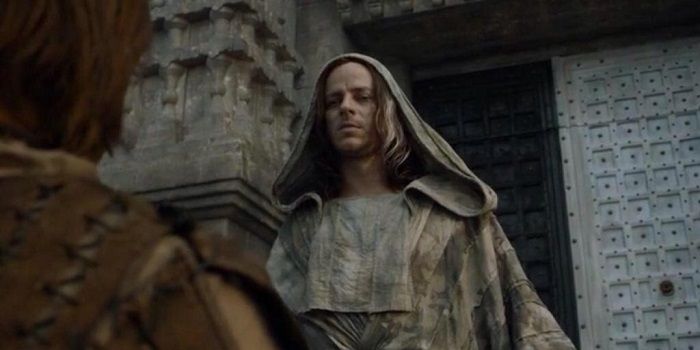 The opening episode to one of the greatest television shows of all time was slow to start but full of promise.

Game of Thrones returned for its fifth season and this one promises to be most gruesome, most heart-wrenching and most demanding of fans yet. A majority of the first episode was setting up this season’s arcs: Tyrion and Varys arriving in the Free Cities, agreeing to help Daenarys take over Westeros, Daenarys’ rule in Slaver’s Bay becomes fiercer and more vicious. Cersei and Margaery’s rivalry will run even deeper and Stannis Baratheon drives an even bigger wedge between the Wall and Winterfell for Jon Snow.

What makes this season the most shocking is that NOBODY knows what’s going to happen. The series has caught up with the books and will pass the books, meaning that things are going to happen on screen that haven’t happened on paper. So all you smug SOBs who sat there and laughed at us who didn’t know the Red Wedding was coming, IT’S YOUR TURN!

Many things have been promised to happen this season. Actress Sophie Turner has promised a scene in a later episode that will make the Red Wedding look like Dr. Seuss wrote it. Great!

While the number are uncertain, George R. R. Martin, the sadistic mastermind behind this highly addictive series, has confirmed that the showrunners will kill at least FOUR major characters.

Fingers crossed that Mance Rayder, the King of the Wildlings was one of those four. Because let’s be honest, he was cool, but nobody was sad to see him go. Although, if this season is boasting a top to the infamously brutal Red Wedding, then my fingers are crossed for nothing.

Some things to console ourselves as we cry into our comfort bowl of ice cream nachos, (check bluebunny) is that the return of Jaqen H’ghar, the awesome faceless assassin from season two that helped Arya, Gendry and Hot Pie escape from Harrenhal. All hail the return of a truly AWESOME character. Also, Gendry is maybe coming back, but who cares!? Jaqen!

Also, the Sand Snakes’, Oberyn Martell daughter’s, storyline, full of stuffy and boring political stuff, promises to be much more action packed and intense then in the books.

Oh, speaking of the books. One of Martin’s most brilliantly written scenes is confirmed. For the longest time, Cersei’s walk of penance through King’s Landing almost didn’t happen. The church in Dubrovnik, Croatia wouldn’t let Lena Headey walk through streets (no spoilers!). Thankfully a second location was found and since the season will be focusing on Cersei more than ever, it will culminate in lowest moment.

New and exciting things are happening in Westeros and, for once, your smug friend who has been reading the books for years won’t be able to spoil anything for you. We can all be shocked and cry together.