‘Mr. and Mrs. Doctor,’ a Novel by Julie Iromuanya 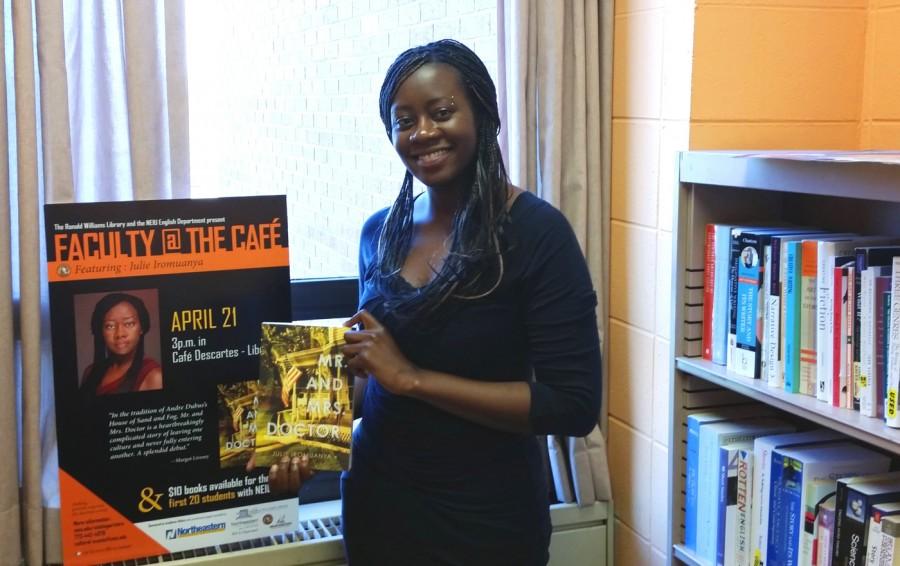 One of NEIU's most brilliant authors displays her latest work; a piece challenging and questioning its readers at every turn.

Raunchy, provocative and sometimes dirty, Dr. Julie Iromuanya’s debut novel “Mr. and Mrs. Doctor” drew gasps and chuckles from the audience as she read an excerpt detailing a scene in which two honeymooning characters prepare to consummate their marriage.

Ifi and Job are Igbo Nigerian immigrants in an arranged marriage. Job learned about intimate affairs from American pornography, and as he pinned Ifi to the wall, he said, “You are the dirty slut-girl.”

It didn’t end well for Job.

Iromuanya’s novel addresses questions of race, identity, citizenship and the intricacies of an arranged marriage. Also addressed is controversy entwined with lies and a secret lifestyle sucking in one of the characters. Job originated with a character study that Iromuanya had written for an undergraduate class. Iromuanya said that the novel has been 15 years in the making.

Iromuanya, a professor in the NEIU English department, has seen her work published in “The Kenyon Review,” “The Cream City Review,” “Tampa Review” and “Passages North.” Iromuanya said that she has been writing all her life but started writing professionally around the year 2000. She also has another book she is excited for, but she’s a little too superstitious to mention anything about it — even a working title.

After the reading, a student asked if any of the characters in the book represent Iromuanya or anyone in her family. Iromuanya explained that they do not, but even so she said, “All of my characters have pieces of me in them.” However, she made it clear that all her characters are completely fictional.

Iromuanya’s protagonists are fictitious characters, but some audience members wondered, since the characters are Igbo Nigerians like her parents, if her family may perceive her writing in the wrong way or if some of the style — such as the honeymoon scenes — could cause issues.

Alicia Erian, also a professor in the English Department, mentioned that some people might perceive themselves in a fictional character regardless of whether there was any such intent.

Iromuanya didn’t feel as though either of these things would be a problem.

In regard to the representation of her characters, whether of someone specific or of a general population, Iromuanya said, “I thought that I had to represent people of color in the best possible light.” She now feels free to explore tension and issues, such as the character Job. However, she now feels that she is free to explore tension and issues, like in the character of Job.

Additionally, there will be a chance to hear Iromuanya read from her new novel at the official book launch at the Women and Children First bookstore in Andersonville, located at 5233 N. Clark St. in Chicago. This reading will take place May 8 at 7:30 p.m.