PDA: How Much is Too Much? 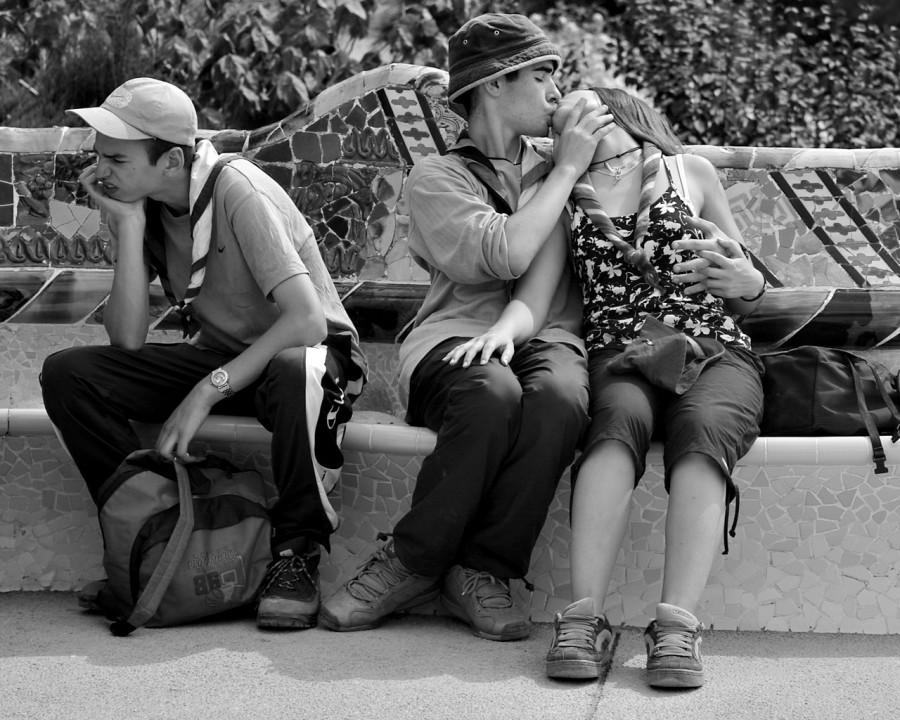 Being in love is wonderful. The euphoric high you get just by thinking about that person causes you to smile like a complete idiot. And when you’re together, you can’t get enough of that person. You want the world to know how much this one person makes you feel. And the world is happy for you. The world wants you to celebrate your love by holding hands and quick kiss here or there.

But the world does not want to see you play tonsil hockey in front of it.

PDA, or public displays of affection, often comes in the form of kissing, touching, groping, licking, nuzzling, cuddling, crossing hands into each other’s opposite back pockets, etc. – basically anything higher than a PG-13 rating. It is a term usually reserved for new couples and frisky teenagers.

Which is probably why it is so rampant in the student lounges across campus at NEIU.

Like I said, hand holding is perfectly fine. Whenever I’m with my boyfriend, no one gives us a second look. When we’re out in public, usually our affection goes no deeper than a quick kiss while his arm is draped around me. Yes, I admit, sometimes when we’re sitting in IHOP, I’ll get a sudden urge to jump his bones right there on the table, but I restrain myself because of one very specific reason. (Common courtesy.)

“Personally, I find the PDA obnoxious,” said one male student. “It takes away from my ability to communicate with others that I call my friends because their sucking face.”

Your boyfriend’s face is not a lollipop, and you are not a vampire, so stop licking and biting each other. What you do in the privacy of your own home is your prerogative and I couldn’t care less, but when I’m in a public area trying to talk to people or get work done or just trying to mind my own business and two people are dry humping three feet away, we’ve got a problem. There’s a reason we wear clothes in public and try not to talk too loudly on our phones, and that’s respecting other people and being polite.

A female student defended PDA and said, “I believe that PDA is not a big deal.”

“Some people don’t have enough time to see each other [outside of school],” she said. “They have their moments here.”

There are guidelines posted in the student lounges and number six clearly states “No Making Out.”

The female student engages in PDA in the lounge. “As long as you’re not having intercourse in front of their eyes, there’s no problem. And if you don’t like it, you can leave,” she said.

This student has also had complaints from Student Life and said, “People should talk to the people, and say it to their face, instead of going behind their backs, but no one’s done that.”

She brings up an excellent point. Next time you see a couple rounding past first base, let ’em know before you complain like a square. My personal favorite will always be, “GET A ROOM!”