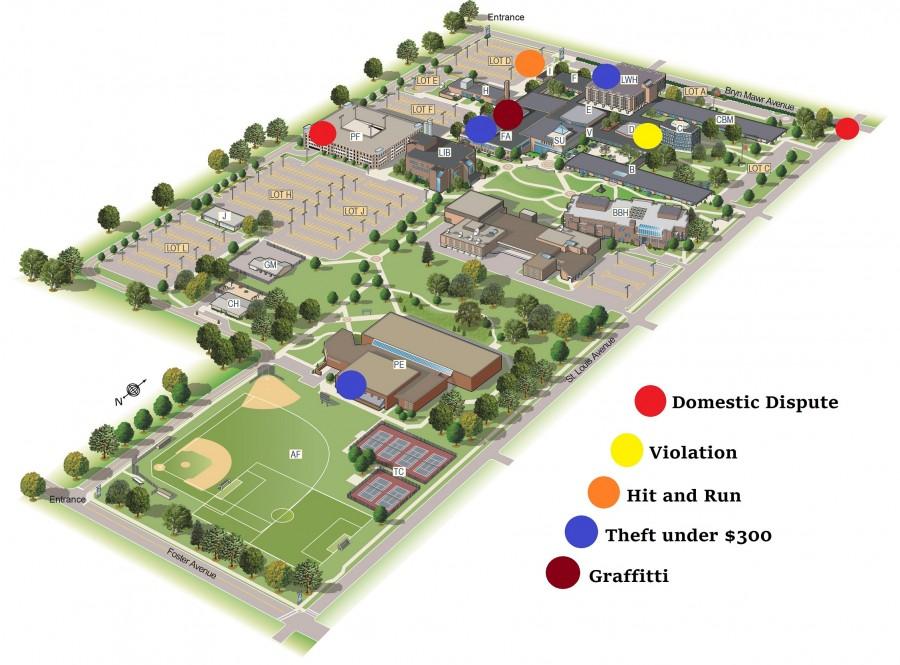 The following offenses occurred on NEIU’s main campus from March 26 to April 8:

April 1, Parking Lot D, an unknown offender struck and damaged a victim’s vehicle while it was parked in the lot.

April 2, D Building, an offender violated an order of protection by making contact with a student on campus.

April 7, 3701 W Bryn Mawr, there was a verbal altercation between two students who were in a relationship.

April 7, LWH Building, a student reported that someone stole her purse.

April 7, PE Building, a student reported that an unknown male stole his phone from the building.

March 28, Area Unknown, officers checked on the well-being of a staff member per the request of their colleague.

March 30, El Centro, a vehicle struck a light pole outside of the building.