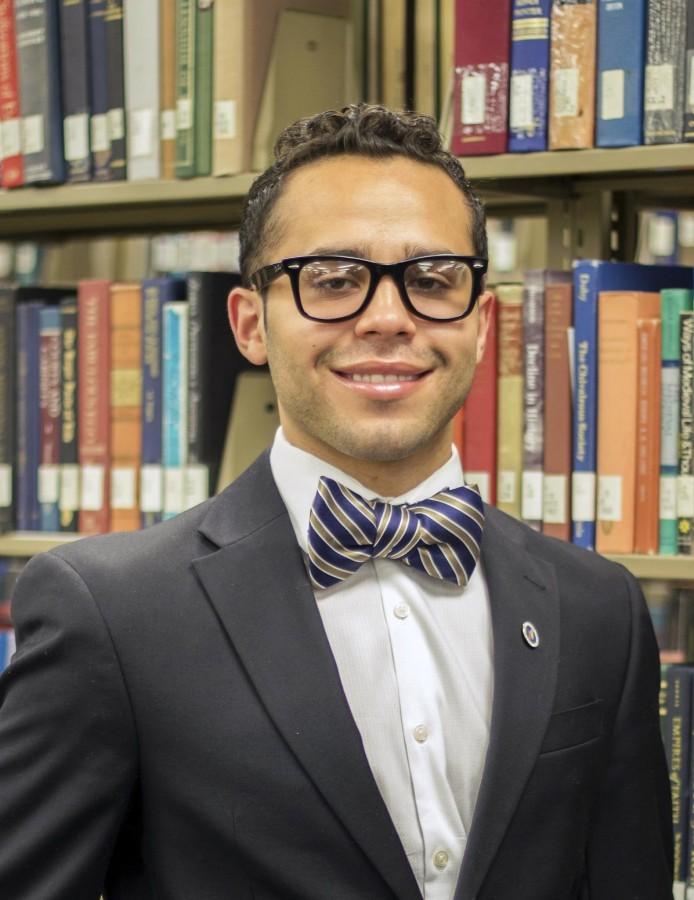 Letter From The Editor: Know Your Student Government

It’s another April at NEIU, and though readers of Independent may look forward to our April Fools issue the student body has another huge responsibility ahead of it right now. April means election time for students running for positions in the Student Government Association (SGA).  We think the SGA elections are one of the most important events for the student population.  The students elected essentially represent the voice of students at NEIU. Before voting on April 4, please take time to review SGA positions and responsibilities (originally published on April 2014.)

President: The Student Elected to the position president serves as chief executive of the SGA. Though the president has no vote in the Senate, the president is allowed to sponsor legislation and debate on them as well. The President also meets regularly with NEIU leaders, and is a representative to University Administrative Committees.

Secretary: The secretary is the official record keeper of the SGA. He or she will be in charge or maintaining roster, enforcing attendance and also creating a documentation of meetings for anyone who wished to review it events later on.

Illinois Board of Higher Education-Student Advisory Committee Representative:  As an IBHE-SAC representative, the elect will be the voice the NEIU student Body to the state government.  The representative will be part of a committee consisting of any college or university in Illinois, and will directly advise lawmakers on the Illinois Board of Higher Education. Issues that the IBHE-SAC representative will advise on include student loan interest rates, funding levels of the MAP Grant, the costs of textbooks, among other issues.

Student Trustee: As stated on the NEIU website, The Board of Trustees (BoT) has the authority and responsibility to operate, manage, control, and maintains Northeastern Illinois University. These decisions are made at a quarterly BoT meeting, with nine trustees submitting votes to approve actions that steer which direction NEIU goes as school. As a student trustee, candidates will have an equal vote on the board.

Senator: Students elected to the SGA Senate have legislative authority in the student government. Senators have the ability to write and vote on bylaws which is to the general welfare and interests of the undergraduate student body throughout the school.  The senate has an internal $46,000 budget in which to enact these bylaws.

I have been an active member of the Council of Clubs and the Appointments and Promotions committee this past school year. I also represented NEIU this year at the Conference of Student Government Associations at Texas A&M University. This past year I have witnessed a Student Government Executive Board that has struggled to work together to benefit the students at NEIU. For this upcoming year I plan to work tirelessly to make changes that will benefit the student body as a whole. I feel one of the most critical issues facing the NEIU students is the disconnect between themselves and the university administration. Students feel that they have no voice when it comes to matters of student affairs, and I would like to ensure that the students have a strong ally in their corner.

I currently am filling in a position on the Senate that I was sworn in to in the middle of February. I am hoping to start a cultural experience club for the 2015-2016 school year. In high school, I was in color guard for all four years, an editor for the yearbook, a writer for the school newspaper, in the National Honors Society, on the board of our Spanish club, on the board of the Government club, a trained student tutor, a peer mediator, on the Village of Lake in the Hills peer jury and much more. I currently intern for a state senator and have worked with a state representative to create legislation regarding PE waivers in exchange for extra AP classes. The theme of my campaign is: community. I would love to bring more unity and school spirit to our campus. I am also believe in being involved outside of the classroom, let it be through clubs or volunteering.

I am a Psychology major and Sociology minor. I also have an interest in Women and Gender Studies with a special emphasis on feminist ideas. Some of my interests include being involved in student organizations, playing softball, and doing community service. Currently, I volunteer at a community-tutoring program for grade school.

I am currently a senior and majoring in Political Science here at Northeastern Illinois University. I am involved with the Pre-Law Society club, Council of Clubs and a member of Omega Delta National Fraternity at NEIU. Throughout my years as a student in NEIU, I have been very involved with various clubs and looking to expand my knowledge in helping the student body resolve their issues. My goal as Vice president is to help promote a social and academic environment for NEIU, the student body and the community.

I am currently a senior here at NEIU majoring in Justice Studies. I have been a member of the Justice Studies Club as well as the Film and Photography Club, respectively. I have also served on Student Government Association as a member of the Council of Clubs. I am also part of the First Year Experience Department that aims to not only introduce new incoming students to the resources available to them, but also to assist in helping them find a place here at NEIU. I have also been nominated by NEIU to be included in the 2015 edition of Who’s Who Among Students in American Universities and Colleges.

I am a junior at NEIU and plan on graduating in Spring 2017 as a Communications Major. I plan to move on into Computer Science as a Masters and hope to start a career in Film and Behind the Scene Productions. My time is spent either studying, writing short stories, or participating with the Eaglettes (NEIU’s Poms Team). I am running for Secretary of the Student Government Association and will be honored if chosen by my peers.

I am currently a sophomore at NEIU, and intend on majoring in Biology with a focus in premed. I also serve on the Executive Board of the University Advisory Counsel and as the Illinois Board of Higher Education Student Representative. I believe that I can achieve my college career goals and push myself to newer and higher levels of academic success; work fewer hours and focus more on school and my Presidency. I hope to use this as a tool to help fulfill mine and the student’s philanthropic endeavors on Main campus, CCICS campus, and El Centro and our communities.  I believe that I will make a good President because I will focus on school issues and things that students actually need right now; I will also make sure to be aware of our future students and keep their concerns in mind as well. NEIU is my main priority and I will fight to make this the best university in the City of Chicago.

I’m currently majoring in Business Management. I’ve been quite involved being only a freshman. I’m a participant of the Freshman Leadership Institute, I’m a Student Ambassador, and I am a brother of Omega Delta National Fraternity; where I serve as Professional Chair. I currently serve in The Student Government Association as a Council of Club Representative, also serving as a member of the Appointment and Recruitment Committee. I believe a crucial issue on campus would be the lack of communication between the administration and the students, regarding the problems students face. Once in office I will do my absolute best to work alongside my fellow executive board members to become a conduit between our student body and the administration.