Following the Tunnels of Northeastern 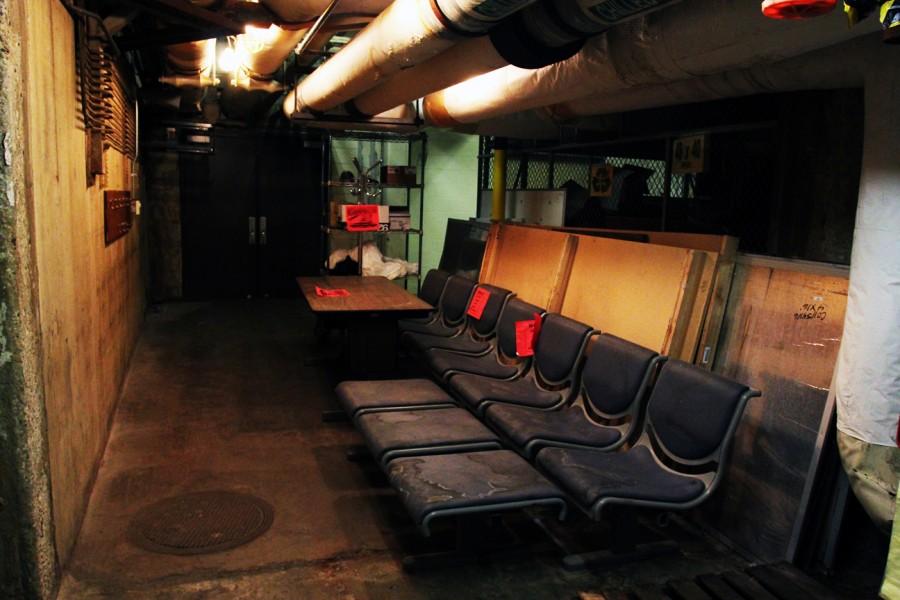 You never know what you'll find in the tunnels of Northeastern.

The basement tunnels that connect Lech Walesa Hall to the Student Union and other buildings on campus make traveling easier at NEIU. Students and staff can access certain tunnels to skip the cold walks between buildings.

It took half a semester before we discovered the tunnel connecting Lech Walesa Hall (LWH) to the cafeteria. The first time we attempted to go through the entrance, we ended up turning right back around. We’ll admit to being afraid of walking through the unknown space and getting in “trouble.”

On one occasion, we saw a group of students walking to the entrance of the tunnel. We began to follow them. The curiosity of discovering where the tunnel led was greater than the fact we were very blatantly stalking, closely, behind them.

When we made it to the first crossroad, the offices and lounge area became clear in the distance. It was like we had discovered another world. The cafeteria came into view as we walked and passed the second crossroad.

Since then, using the tunnel between LWH and the cafeteria has become a part of our daily routine.

The best way to travel through the tunnels is with an expert or a buddy. Our expert, Catherine Duffy, NEIU’s Program Administrative Assistant, was more than willing to give us a tour of the tunnels. We met Duffy when we walked through the tunnel closest to the cafeteria and into the Office of Student Employment hall.

We also met Beverly Projansky, Staff Clerk in the Office of Student Employment. Projansky, an NEIU alumna from the graduating class of 2000, recalled the blizzard of ’99. “It was great for students, if you figured out the tunnels,” she said. “You would cross from Lech Walesa Hall through Student Union to avoid going out.”

Most students have become familiar with the shortcut during the harsh winter months.

Duffy walked us through the LWH tunnels leading into the cafeteria. The first connection is uninterrupted until you reach the first crossroad. On the left, you will see a short hallway with some organization offices, and on the right, you’ll see the maintenance hall. “It’s not a good idea to mess around in the tunnels, even contractors get lost,” said Duffy.

If you continue straight, the Student Health Services office is on the right, and on the left, the leadership and organization offices. The lounge is just up ahead, and tucked inside are more student organization and media offices.

Although most of the tunnels contain storage and electrical rooms, Duffy gave us some helpful hints. From the basement of Building C, students can ascend the building by taking the elevator or by going up the stairs. “The elevator stops working after 5:00 p.m.,” said Duffy. “And there is a receptionist on every floor.”

The opposing tunnel, of the Office of Student Employment, holds the mailroom, shipping and receiving center and the Production Technical Services. On the first floor you would find yourself in buildings E and F near the Art Gallery outside of FA and by the Stage Center Theatre.

Students Erica Vergara and Jennifer Alvarez were able to visit NEIU prior to their admittance.

“I knew about the tunnels since high school,” said Alvarez of her past high schools visits to the university.

The tunnels are convenient to those individuals who already use them, so become acquainted with them, save yourself time and follow the tunnels.