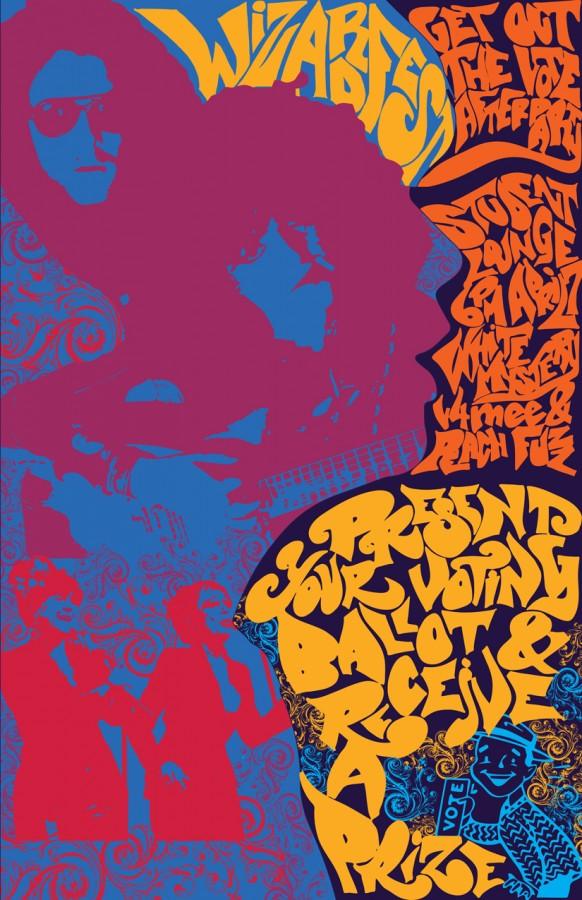 Fans of the last Wizard Fest in 2014 were caught in an enchanting spell upon the announcement of the upcoming second annual Wizard Festival. Traditionally taking place during the anniversary of WZRD Radio, this festival celebrates 41 years of WZRD’s existence with the live performances of local groups both known and unknown by attendants.

This year’s festival will present three rock band groups to fill the airwaves and hallways with electric tunes and strong vocalism. The Chicago-born groups of V4MEE, Peach Fuzz and White Mystery will take the stage for Wizard Fest, having first been familiar with the university as participants in a previous talent show held at NEIU.

Jonathan Extract, WZRD Station Manager, expressed his excitement of the announcement of the groups, with special regard to the band White Mystery, “White Mystery, I’ve seen about four times. Alex White comes in [sometimes] and does deejay for us, but he and his group are great; [they are] just a band of fantastic performers.” Extract especially noted the roster for supplying their styles of “high-energy stuff” and for hiring “the best available” at the time.

This year’s Wizard Fest connects strongly with Chicago’s mayoral elections, inviting fresh voters to present their ballot to earn one of many sorts of mysterious prizes, all of varying value. Extract said that “some of the prizes will be bigger prizes and some of them will be small prizes” and added that the secrecy is part of the fun.

Wizard Fest promotes the voting process to spread awareness for adults to participate in political decision-making. Studio members (not the entity itself) mainly support the election of Jesus “Chuy’ Garcia, the mayoral candidate opposing the current incumbent Rahm Emmanuel.

Extract emphasized strongly for attendants and “people in general” to express their freedom to vote and to build their relationship with the state and city governments.

Extract also regarded the previous Wizard Fest as a major success, deeming the reception for the last event as warm.

He said he felt the festival was an event that “the school truly craved” and that he and the studio were “excited to be the people to sponsor that kind of particular brand of music and cultural experience.”

The promotion of the event was especially praised in the studio, with two flyers, large and small, produced by students and members of the university newspaper and radio station, both Emma Haynes and Brisa Becerril, respectively.

WZRD Fest will take place on Tuesday, April 7 at 6:00 p.m., in the Student Lounge of the University. For those who can’t attend, the event will hit the airwaves that night on 88.3 FM Radio. For those who will: Don’t forget to vote!