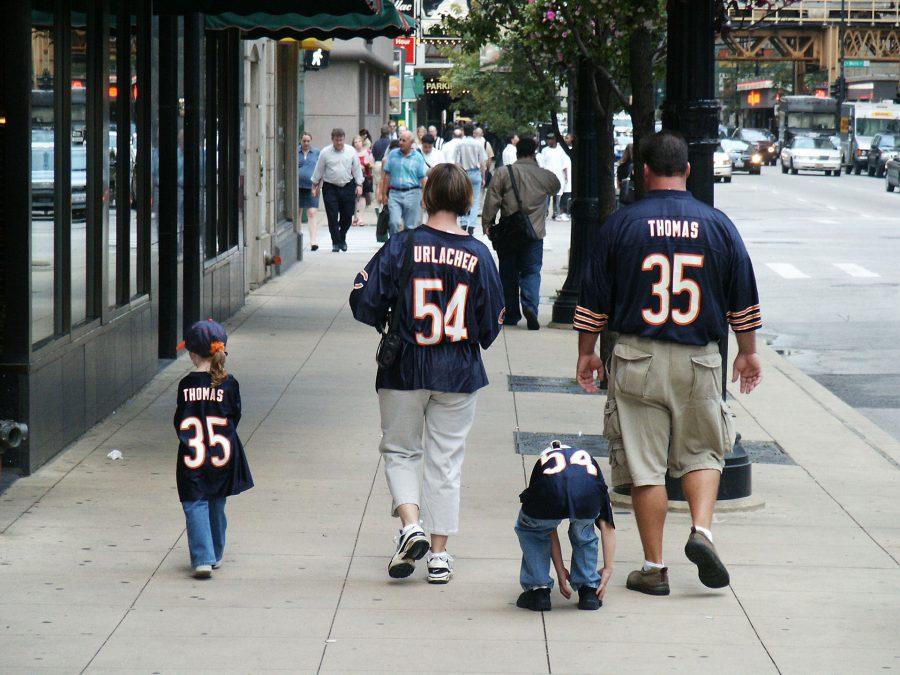 Chicagoans have been begging for new, productive Bears players, especially on the defensive side of the football. While many critics had been hoping that they would cut Cutler for a new quarterback, they never suspected that the Monsters of the Midway would sign an alleged monster as a new defensive end.

The late summer of 2014 saw a huge spike in domestic violence amongst NFL players, the most infamous being the video of former Baltimore Ravens runningback Ray Rice punching his then-fiancée in an elevator and dragging her unconscious body.  During that time, San Francisco 49ers defensive end Ray McDonald was also under scrutiny. In August, he and his pregnant fiancée got into a heated argument at around 2:30 in the morning after his birthday party.

She pushed him and the two got into a physical altercation. At one point he grabbed her neck, leaving bruises on her arms, shoulders and neck, according to witnesses and authorities. The woman broke free and called police. Prosecutors claimed that there was “insufficient evidence” and charges were dropped.

In December, San Jose police began investigating McDonald in an ongoing sexual assault case. An unidentified woman accused McDonald of sexually assaulting her in his home in the same month. A week later, the 49ers let him go, because of his “pattern of poor decision-making.”

“Now it is the Chicago Bears’ decision-making that is being questioned,” said Jared S. Hopkins and Dan Hinkel of the Chicago Tribune. The NFL launched a new personal-conduct policy in December, which requires a separate investigation outside of law enforcement.

Also, if McDonald is formally charged with sexual assault or the NFL investigation finds enough evidence to prove that he violated the new policy, he would be subjected to suspension. The new policy also states that “a first offense for sexual assault will result in a baseline suspension without pay of six games, with consideration given to any aggravating or mitigating factors.”

McDonald’s signing only brings this growing epidemic closer to home. The league has been widely scrutinized for its handling of domestic violence. NFL Commissioner Rodger Goodell was highly criticized for his handling of the Rice controversy, many calling it “too slow” and “not enough.”

Bears representatives have said that the team thought twice before signing McDonald, citing his record with the 49ers as the reason for the hesitation.

Many Chicagoans are not taking this news lightly.

Denice Markham is the executive director of Life Span, a Chicago nonprofit organization that provides counseling and other services to victims of domestic and sexual abuse. She sees women, men and children affected by crimes McDonald allegedly committed.

Markham said that hiring McDonald is sending a hurtful message to victims and shows how little the NFL understands domestic violence.

“You have to ask yourself ‘what were they thinking?’” said Markham. “This guy was released from his former team for this reason.”

With new policies in place in light of the ever-growing scandals, the NFL is trying to change the image of domestic violence within the league with stricter investigation tactics and punishments. But punishment can only go so far. Education can go even farther.

McDonald is still with his fiancée, and whether Chicago is ready or not, he is also officially a Monster of the Midway.