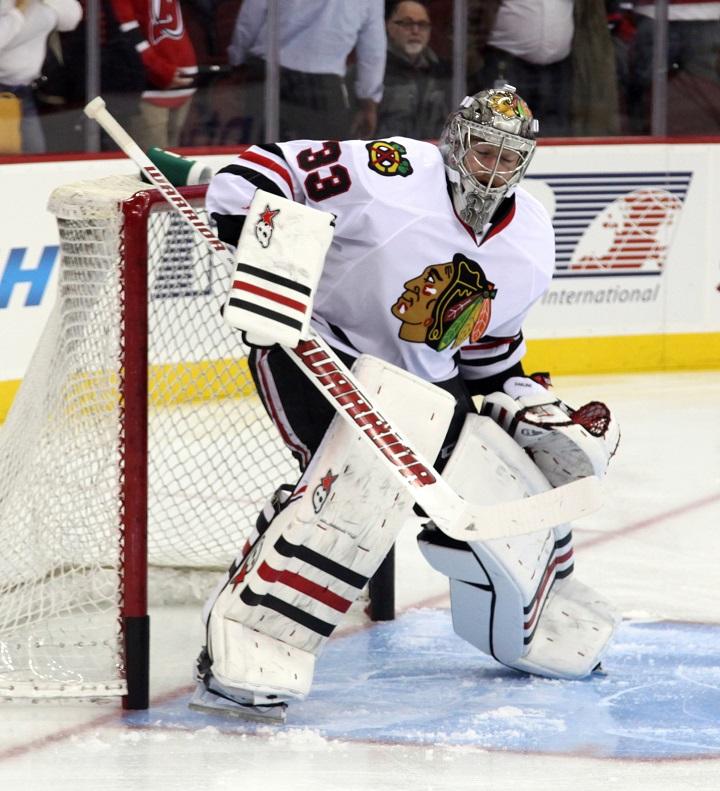 On Feb. 26, the city of Chicago drew into a panic as it lost two of its best players to injury: Derrick Rose of the Bulls to a torn meniscus and Patrick Kane to a fractured clavicle. While an injury to a team’s best player can be a menacing blow to championship aspirations, the Chicago Blackhawks have found ways to overcome Kane’s absence and climb the Western Conference standings being just six points back in their division and third place overall. Even so, can the Blackhawks expect to make a deep Stanley Cup run with Kane expected to miss the early rounds of the playoffs?

Before going down with the injury, Kane was in the discussion for the Art Ross (Points leader at the end of the regular season) and Hart (Most Valuable Player) trophies. He was the Blackhawks’ most consistent offensive player with a league leading 64 points in 61 games.

Great teams with an outstanding coach and players understand how to adapt to adversity and the Blackhawks have found other ways to win games in spite of Kane’s injury with an 8-3-1 record since the All-Star went down. They are excelling and this is primarily due to their commitment to being a balanced team, both offensively and defensively.

Team captain Jonathan Toews has been relentless since the injury with 11 points (5 goals, 6 assists) in the last 12 games. He registered his best game of the season against the New York Islanders with a pair of goals and assists. Toews has become the primary option on offense while continuing his game-changing defensive prowess. With him anchoring a star-studded first line featuring Marian Hossa and Brandon Saad, it is no wonder the team has been streaking.

Another reason the Hawks have been able to win games is their premier goaltending by Corey Crawford and Scott Darling who took over for Antti Raanta as backup. While Darling has been impressive in his first few months as a pro, Crawford has been absolutely magnificent.

It seems that when the team wins, Crawford receives none of the credit and when they lose, he is the first to be blamed; however, the apparent “weak-link” has played great registering a .948 save percentage and establishing himself as one of the league’s premier goalies. Chicago has occasionally defended very well, but Crawford consistently makes game-altering saves.

The next few weeks will be full of anticipation, as the team looks to piece together a playoff roster for the cup run without Kane. If the Blackhawks can continue playing quality team hockey on both ends of the ice, there should be no reason why they shouldn’t make it past the quarterfinals. Having high-end players is important to winning a championship, but Chicago isn’t the powerhouse it is just because they have Kane. Roster depth is everything in the NHL and the Blackhawks have more depth than anyone in the league. Their ability to run four strong lines and three strong defensive pairings will carry them to the point of Kane’s return.