Beyond The Final Frontier 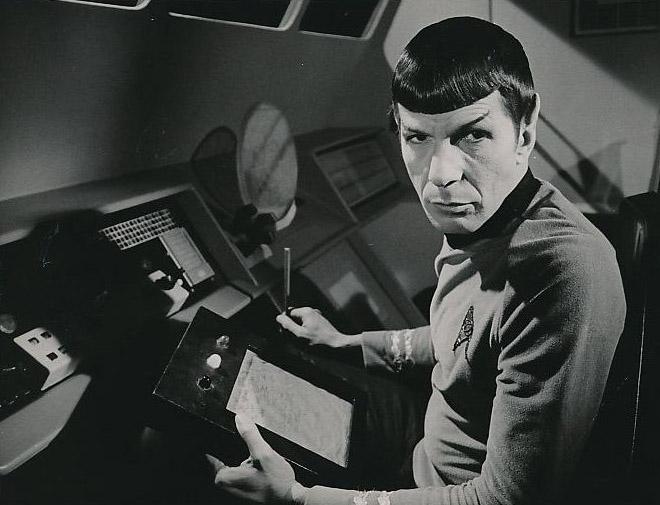 Leonard Nimoy in his most iconic and beloved role as Spock, the intrepid Science Officer for the Starship Enterprise in the original series.

Logical to a fault can be a very common description for Vulcans, an alien race who embrace logic over emotion from the popular TV franchise: “Star Trek.” But Mr. Spock, half-human, half-vulcan, was still able to warm the hearts of Trekkies everywhere.

The death of Leonard Nimoy, the actor who portrayed the Vulcan-human hybrid in the original series, leaves a chasm in the film industry and within all his adoring fans. The actor, poet, director and singer died on Feb. 27 from Chronic Obstructive Pulmonary Disease (COPD), a lung disease, at age 83.

Nimoy by far was most recognized for his role as Spock, but also had a recurring role in the TV show, “Fringe.” He also had done cameos and reenacted his famous character for the popular cartoon sitcom, “The Simpsons.”

Nimoy had acted and starred in over two-dozen box office films and TV movies within his lifetime as well as countless appearances on various television series.

Nimoy was not only appreciated and respected as an actor but had also been a multitalented man. He wrote over half a dozen published works of poetry and two autobiographies, the first titled “I Am Not Spock” and the second “I Am Spock.”

His last appearance acting in film was in “Star Trek: Into Darkness.”

His children, Adam and Julie Nimoy and his wife Susan Bay survive him. Fans can no longer hope to see Mr. Spock salute his trademark hand gesture on the big screen, nor have a part in directing possibly another Star Trek film but he will live long in the memories of all who admired him and his legacy will undoubtedly prosper.