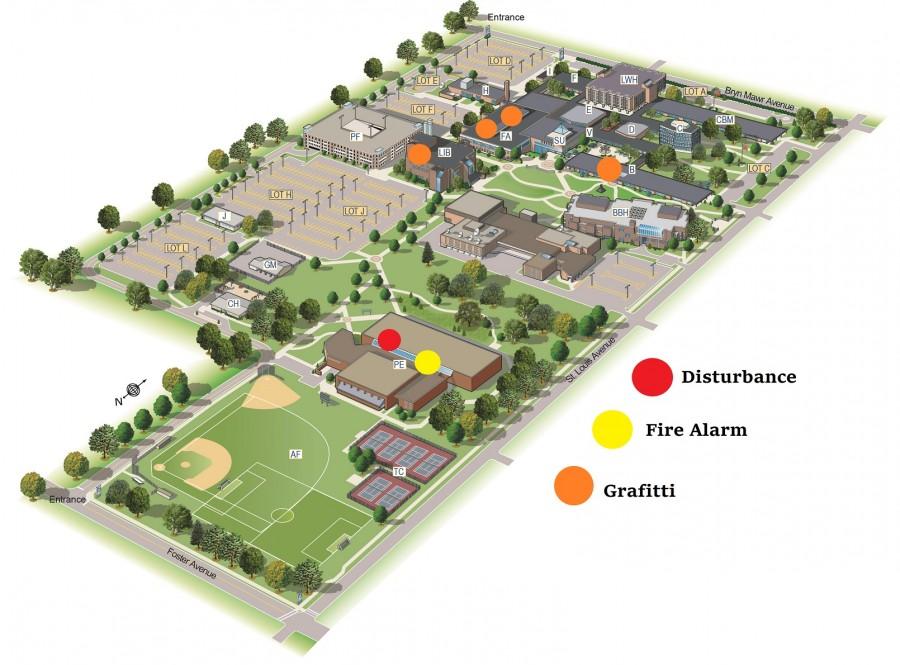 The following offenses occurred on NEIU’s campuses from the dates of Feb. 17 to Mar. 3:

P.E. Building, Feb. 24, a disturbance caused by a group of males refused to leave campus grounds, when police were called, the group complied

B Building, Feb. 25, an unknown offender cut some computer cables inside a classroom

El Centro, Mar. 3, an unknown offender wrote graffiti on the second story of the building