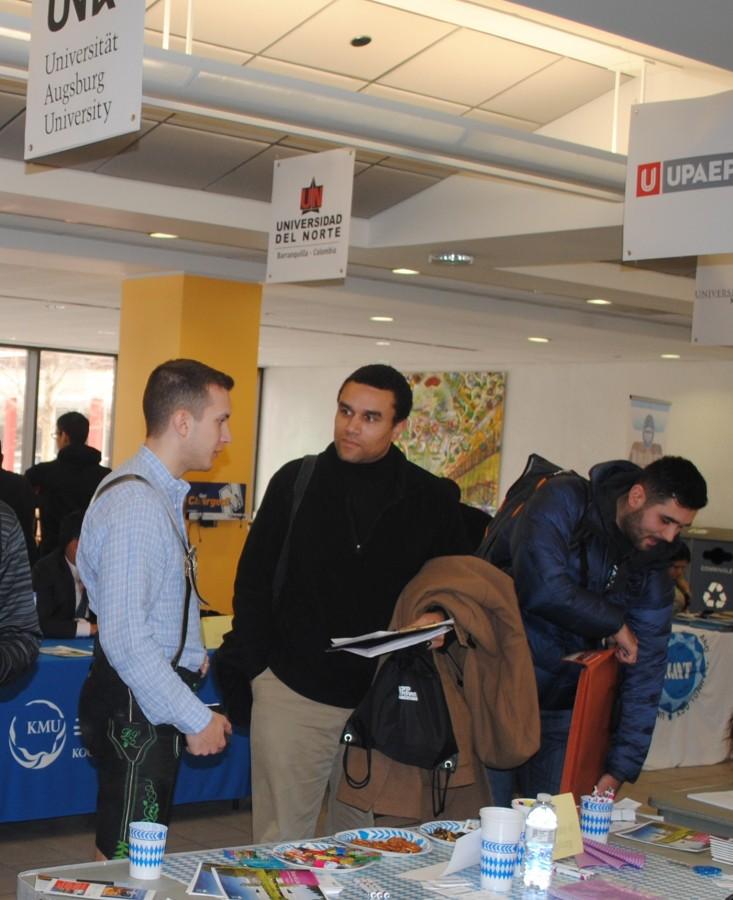 NEIU students have a chance to study abroad in one of the twenty-four different partnered universities, with six more becoming available later this year in France, Brazil, Colombia, India and Pakistan

The tunnel that connects the main building to Lech Walesa Hall (LWH) also connects students to the opportunity to study around the world. There students can find the International Partnerships Offices that just this past March 3 and 4 hosted the International Mobility Fair.
Wojciech Wloch, Coordinator of International Partnerships, began working with Northeastern Illinois University (NEIU) eight years ago. NEIU asked him to come from Poland to advise and assist with the international program using his experience and connections from around the world.

Wloch has worked with many schools due to his previous job in Poland that included understanding of how exchange programs work. Having contacts in Europe and an understanding of NEIU’s academics gives Wloch insight into what best works for the university’s partnerships.

NEIU students make up one of the most diverse universities in the Midwest according to U.S. News & World Report. Some students might have even encountered a foreign exchange student sitting alongside them in a class.
Twenty-four schools are partnered with the university and NEIU’s partnerships are constantly expanding. Japan, Poland, Korea, France and Colombia are some of the countries on the student exchange list.
The first step in becoming an exchange student is planning and saving. However, because there are so many different places available for students to go, the process can be overwhelming.

Due to the low traffic and somewhat hidden location of the International Partnerships Offices, the Mobility Fair was a way to advertise this special opportunity to students. Representatives from each one of the partnership universities introduced themselves by setting up banners and tables in the center of Student Union (SU), intended to attract students of every major and year.
This was the first outreach fair but “hopefully not the last” according to Wloch.

Representatives from schools like Nagasaki University in Japan, Universidad Popular Autónoma del Estado de Puebla in Mexico, University of Warsaw in Poland, Kookmin University in Korea, among others spoke to potential participants about studying abroad.
Some students approached and instantly began speaking in their native languages, some left with pamphlets and more information about their school of choice. Some students went from table to table to see which schools really piqued their personal interests and which schools were willing to work with their majors and future career choices.
A number of the partner schools provide many areas of study for students to pursue and offer courses at NEIU’s tuition rate. Of course, additional living, food and transportation cost are all to be covered out of your pocket. “Many of the costs of living in these parts of the world are less than living in the U.S.,” said Wloch.
If a student is interested in learning more about the chance to study abroad, maybe it’s time to give the tunnel from SU to LWH new use and stop by room 0008A.