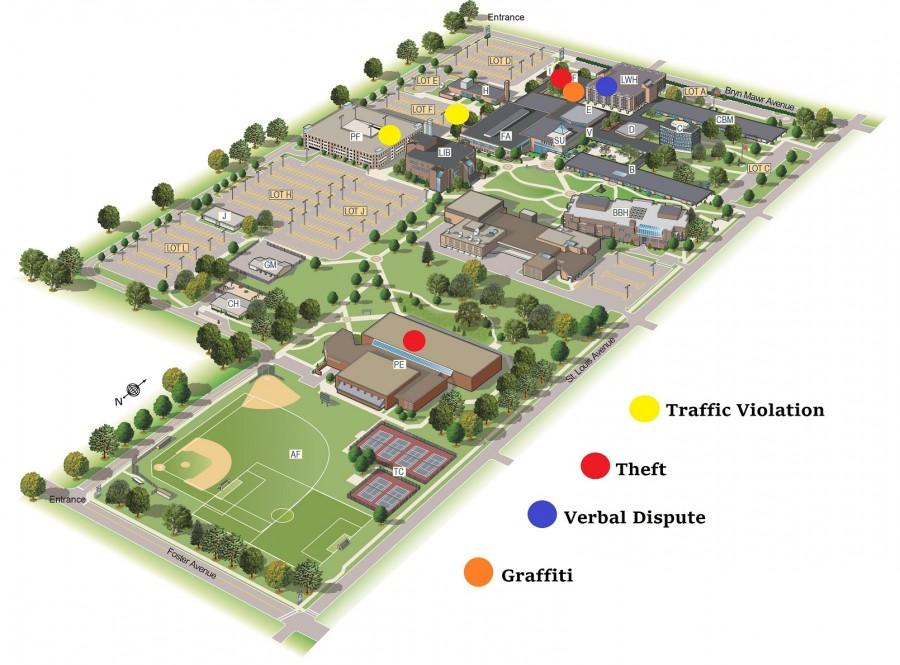 F Building, Feb. 3, an unknown offender stole a victim’s cellphone after it was left unattended on a countertop.

Parking Lot-F, Feb. 4, a driver was issued two citations and an I-bond for failing to wear a seatbelt and driving with a suspended driver’s license.

Building F, Feb. 5, an unknown offender wrote graffiti on a bathroom stall. Facilities were notified and graffiti was removed.

LWH, Feb. 13, students verbally assaulted one another during a group discussion in class. The students were referred to Behavioral Concerns Team.