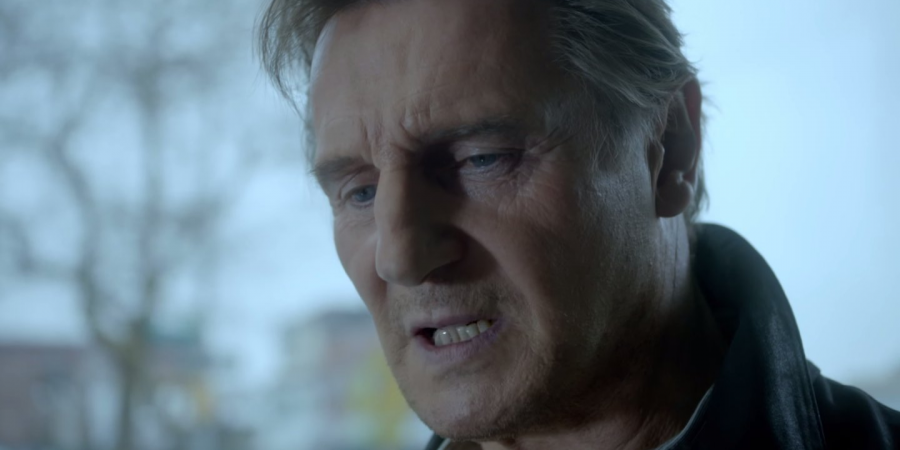 A distraught Liam Neeson in the Super Bowl advertisement for Clash of Clans.

This year’s Super Bowl was a great game, displaying athletic skill (looking at the fan reactions during plays), and importantly, the commercials in between that All-American spectacle.
Don’t get me wrong, the game was great. Brady was as skilled as ever and Butler was amazing towards the end of the fourth quarter. However, those commercials that feature celebrities, interesting stories and unconventional product placements allow the viewers to continue their fun when not watching the game. If you remember that Volkswagen commercial with Kid Vader, then you understand how great and creative these commercials can get.

This year’s Super Bowl was no exception. From the funny Snickers commercial, mixing the older generation with the new, or the thought-provoking “Like a Girl” message, displaying real world gender inequality, viewers still got a good show even if they didn’t enjoy the game. While most commercials like the father-son story for Nissan or the trailer for Terminator: Genesys were great to watch, my favorite was for the app video game, the Clash of Clans, starring Liam Neeson.

It starts with one clan overtaking another and eventually that losing clan is conquered. Surprisingly, Neeson is the one that lost and he hates it. The best part about this commercial was how seriously he took the beating — he does this monologue saying, “If you think you can humiliate me and take my gold, think again. Oh, I’m coming for you with lots of barbarians and dragons.”
This is hilarious and surreal. Watching Neeson play this game while waiting for his order at a coffee shop displays a simple image: just a man playing on his phone while self-parodying his role from Taken. It is this type of creativity that makes the commercials a great companion to the Super Bowl game.

There are a good percentage of people that watch the Super Bowl just for the commercials, and you can see why they view them as a big event as well. There are people who put a lot of effort in creating ideas for stories, imagery, writing and originality for these commercials. I can’t wait to see the creative melting pot for Super Bowl 50.