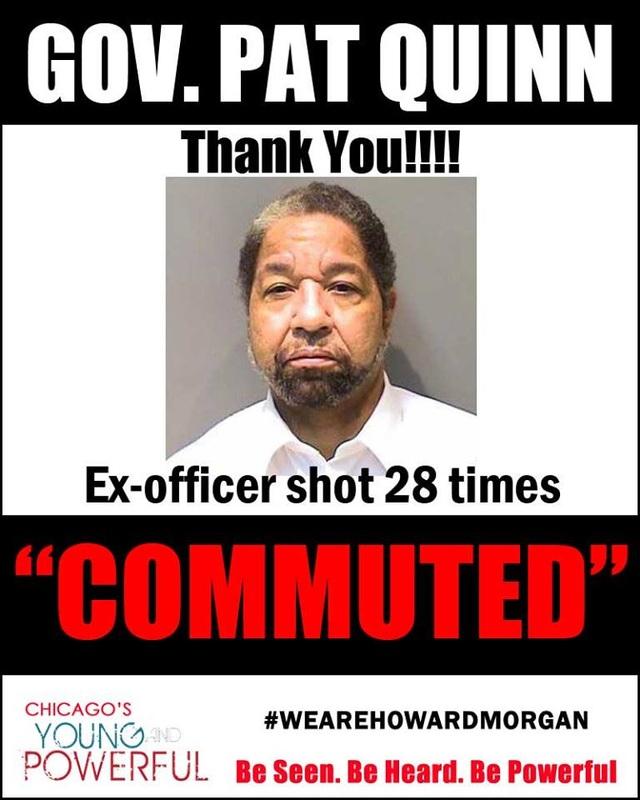 NEIU Justice Studies instructor and retired police officer Pat Hill has been advocating on behalf of Howard Morgan after Morgan, who is also a former police officer, was shot 28 times by four Chicago police officers in February 2005 during a traffic stop.
Before teaching at Northeastern, Hill was also the former executive director of the African American Police League (AAPL). According to Hill, the attention around Morgan’s case stemmed from the fact that Morgan himself was once a part of the very same organization that left him with a total of 21 bullet wounds in his back and seven in his front.
Hill explained, “The controversy around it was so outstanding that we had to of course be a part of it. And we were. We followed it, we went to the court hearings and everything.”
After Morgan survived his extensive gunshot wounds, he stood trial and was acquitted in 2007. Despite being cleared of firing his gun, Morgan was forced to go to trial again in 2012 where he was found guilty of attempted murder and sentenced to 40 years in prison.
Hill noted that she read official transcripts of the court case and talked to Morgan’s attorneys. “There seems to be a gross contradiction in the stories between Mr. Morgan and the four officers.”
The events of that February night are not entirely clear, not only because of the inconsistency in the accounts of Morgan and the officers, but also because key evidence was lost. Morgan’s van was destroyed by the city, Morgan’s gun was wiped clean, and the state only produced three of the 28 bullets that were removed from Morgan’s body.
Hill observed, “The strange thing about all of this is that there was absolutely no evidence presented on their side to corroborate their stories. The only proof or the only evidence that was allowed in court was the officers’ version of the story.”
Earlier this month, a big break occurred when Morgan’s 40-year-sentence was commuted by former Illinois governor Pat Quinn right before he stepped down from office. Despite this win, Hill is far from finished.
“It’s like a partial victory. He’s not confined in prison. He’s able to walk around as a free man so to speak, but he still has these felony charges hanging over him of which he was convicted on,” said Hill. “So now we have to work on the post-conviction appeal because he’s lost everything, his pension and all of that.”
When it comes to the effort that was spent on Morgan’s behalf, Hill emphasized, “A lot of us did a lot of work, his wife leading the charge. But a lot of us, my students, wrote letters.”
Hill pointed out, “What happened in Mr. Morgan’s case is pretty much consistent with what has been going on. I think what caused this to be unusual is that he lived.” Hill was referring to the current social climate surrounding police brutality.
Hill further commented, “So this is significant because here you have a man who was a part of the system, he was a police officer. And in more than one jurisdiction, at different times of course. And he doesn’t have a criminal background. He doesn’t have anything in his background that’s criminal. So what would cause him on this particular day, out of the clear blue sky, to go ballistic on the police? It is so far out of character it doesn’t make sense. But it’s not out of character for the police.”