Competition is Wired Deep Into the Veins of Music 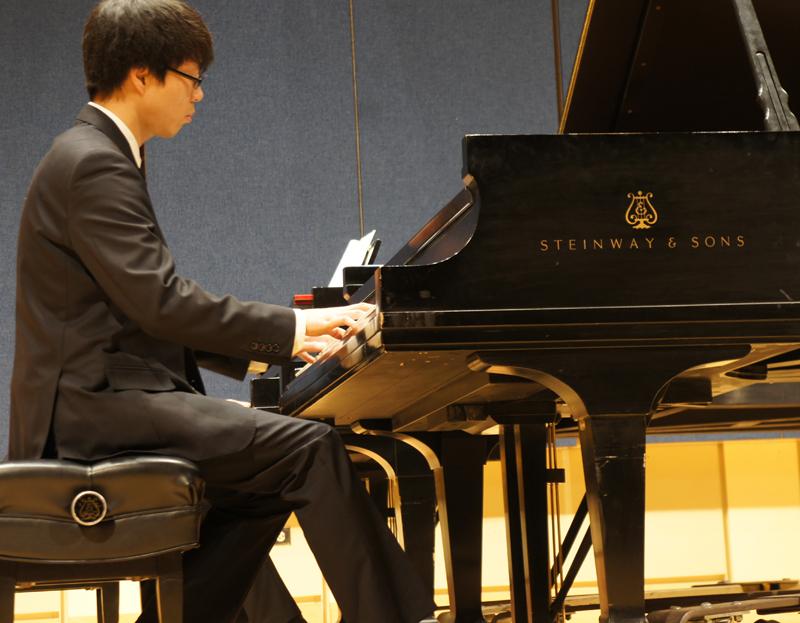 The NEIU Concerto Competition was held at the Steinberg Fine Arts Center on Thursday, Jan. 22 in the Recital Hall. Nine students from the department of music competed to be one of three finalists who will go on to perform again in April for a cash prize.

Brian Groner, faculty member in the music department and NEIU orchestra conductor explained, “A concerto competition such as this is important to any school of music. Music itself is a very competitive field and it’s important for students to understand that in order to succeed, they must be competitive.”

Groner, who has been at NEIU since July 2011, noted that each student in the competition had been individually approved by faculty members.

The event featured a range of instruments including the piano, violin, and bassoon. Works from musical legends such as Mozart and Bach were performed, as well as lesser known composers such as Serge Prokofiev and Ferdinand Davis.

The students who performed were judged on a number of criteria including musicality and artistic integrity. The three finalists were Lauren Daniel, Youmin Lee, and Omar Vazquez. Daniel, Lee, and Vazquez will compete again in April to determine who gets first, second, and third place.

One of the evening’s contestants, junior piano performance major Cesar Pino said, “You know it was a very great competitive show and overall it was really fun. Everyone I can say just did a fabulous job.” Pino stated that he began to prepare for the competition six months ago, in Aug. “It was a lot of work but it was great though. It challenges your level.”

“I used to participate in competitions when I was younger, of course, and it’s stressful. I have great empathy for the performers for tonight because there’s a lot of challenges with overcoming any sense of stress,” recalled Groner. “Every challenge has an opportunity for growth and that’s another important aspect of every competition.”