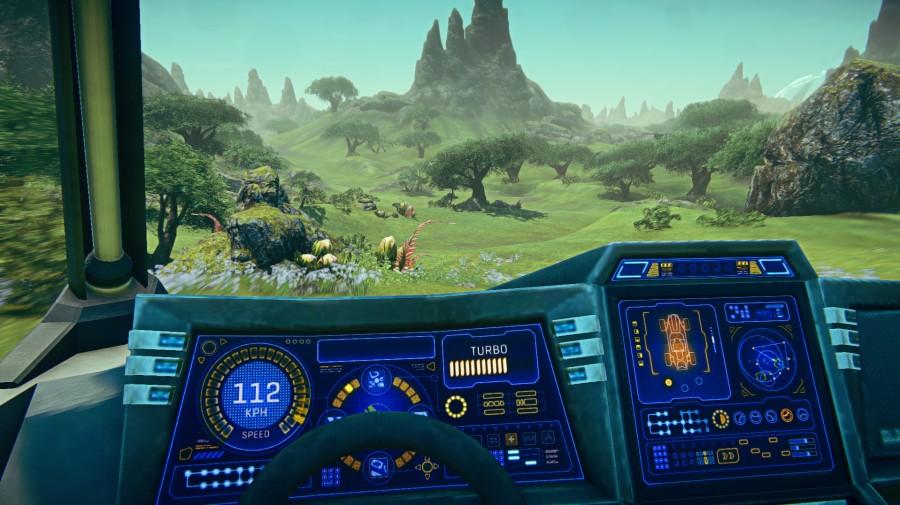 You can be a soldier in Planetside 2. Or you can drive through a field of daisies.

There are varying degrees to which the rules of a game can be stretched. There are very good reasons you’ll never see Lebron James take to court on an ATV and the world is probably better for it. But outside of professional sports, in the relatively low-risk — though let’s not forget those unfortunate souls obliterated from starvation, sleep-deprivation, over-stimulation or dehydration on some ill-fated raid in World of Warcraft — realm of online video games it can sometimes be fun, sometimes more fun than intended, to throw up your hands and play a game the wrong way.

Planetside 2, since it was released as a free-to-play game in 2012, is one of the few games that promises something close to a full battlefield experience. In a moment you can run a field — tracer bullets, aircraft and heavy ordinance above your head dividing the night sky — step on a landmine, explode, hop in a small aircraft (or a large one, if that better suits your style) and fly off to the other side of the world to drop bombs and shout obscenities over a microphone.

The game spans four painstakingly crafted miles-wide continents. Battles rage on and between them with the potential for thousands of players to participate at any time. They have at their disposal, trucks, jeeps, tanks, bombers and four varieties of aircraft with which to gain the upper hand. You can be a sniper, battlefield medic, an engineer or a rifleman, among other roles — and the game encourages and rewards players for working in tandem to overcome battlefield obstacles.

That being said: There’s a lot of wasted space in Planetside 2.

Between and beyond every blood-soaked battle there are sun-drenched fields sparsely populated by trees. There are mangrove jungles and vast deserts marred by ravines and granite spires. There lie lush valleys and lakes nestled amongst the crags of resolute and forlorn mountain ranges. All of these were, ostensibly, hand-crafted — and there’s no logical reason to set foot in more than a handful of these locales.

Sometimes, standing atop a watchtower overlooking one of those valleys, you might think, “What if I was to leave this horrible war? Pick up my things and start a gentle cherry farm in that valley yonder, amidst the lakes and the trees and those glowing pink ferns that dot the land between them.”

This is a feature not supported in the game. There is no escape from the war. The man described above will spend eternity continuously bombed, bludgeoned, sniped, shot at point-blank-range and ground into the road by inconsiderate tank drivers.

Like urban-bowling — a devious and frowned upon sport outside of simulated reality — through pedestrians in Grand Theft Auto, exploring these oft-ignored regions of Planetside 2 can be a fun distraction from the trivial banalities of life. While you might hop online to jump deep into the ultra-violence, you could find yourself just as satiated driving the Jeep-like Harasser through fields of daisies or off-road desert fantasies.

There are few players willing to bother you in these distant and secluded stretches of the wilderness. In the real world, driving a Jeep off a monumental cliff or wandering mindlessly through an expanse of swampy desolation will likely end in fiery destruction or the mouth of a reptile. In Planetside 2, death is easily avoidable when vacationing from the glare of machine-gun fire and swooping predatory bombers. The worst that can happen is you’ll get bored.