Cloak and Stagger: The Interview Review 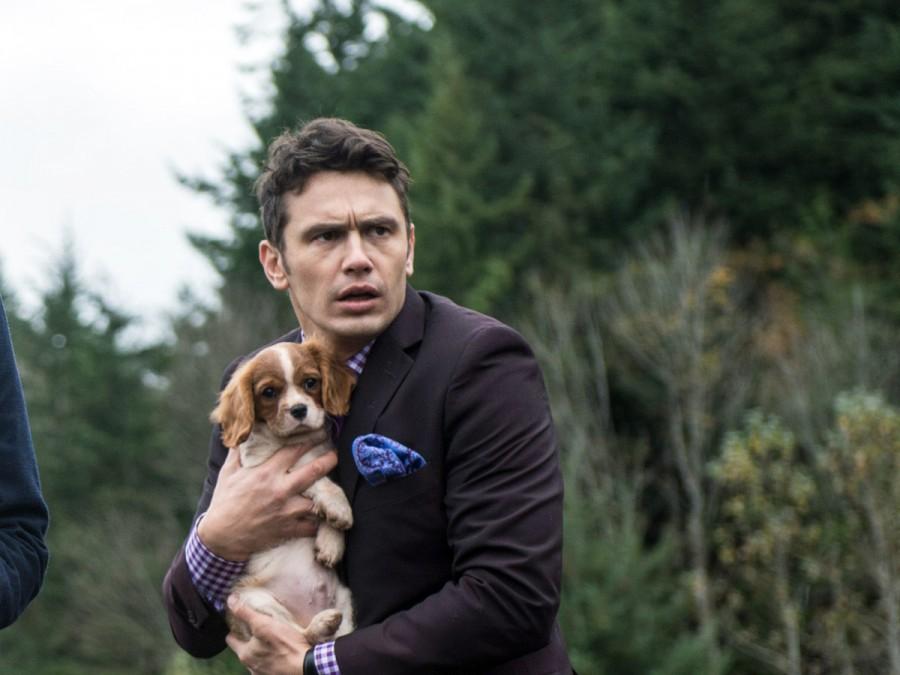 Where satire and fart jokes collide.

It must suck to have your movie be at the center of an international incident. Very few comedic endeavors can say that they were the trigger for an attack by a foreign state, let alone a cyber attack. Yet, that’s precisely what happened just before the release of “The Interview,” a satirical flick set in North Korea starring Seth Rogen and James Franco.

Despite a brief cancellation, the picture saw a limited release on Christmas day, along with digital distribution. Unfortunately, “The Interview” to most moviegoers, will likely be a disappointing experience. But what little “The Interview” does, it does well.

Rogen and Franco play Aaron Rapoport and Dave Skylark who run a celebrity talk show, devoid of any real journalistic integrity. Luckily for the pair, North Korean dictator Kim Jung-un is a fan of the show and agrees to a one-on-one interview with Skylark. The duo is approached by the CIA and given instructions to assassinate the supreme leader.

Though the subject matter may seem heavy, the product is a mostly childish one. Much like most every other Franco and Rogen flick, “The Interview” is a bombastic celebration of bromance. Viewers can expect the familiar story beats of two men finding themselves in a crazy adventure, having their friendship tested, but ultimately having it strengthened in the end. Think, “Pineapple Express,” with less marijuana and more irreverence for the autocratic nation it takes place in.

To expect “The Interview” to breathe new life into the comedy genre is to expect disappointment. Though the weeks leading into the film’s release might have you believe that it would revolutionize the way the film industry handles satire, it simply doesn’t. It cannot be stressed enough how much “The Interview” is like Rogen’s and director Evan Goldberg’s other movies. Here you will find the same absurdist slapstick humor that defined those other films; jokes about defecation, sodomy, Lord of the Rings, and Katy Perry set the tone for most of the film’s punch lines.

Though Rogen and Franco pull off a reasonably good straight man/foil act, where “The Interview” truly succeeds is in its depiction of the reclusive North Korean government. Though in real life the rogue state is responsible for some of the worst human rights violations, in “The Interview,” Kim Jung-un and company make for great comedic punching bags. Randall Park’s portrayal of the megalomaniac is that of a lonely man-child, who is afraid to publically drink margaritas because they might be “too gay” and is only able to dunk in his personal basketball court because the nets are set to a lower height.

This is why “The Interview” works well as a satire, because at its heart the movie is about the power free speech. Plotwise, the two protagonists weigh if an assassination or a proper interview is the right thing to do. Both the depicted North Korean government and the actual one would rather not have their supreme leader seen as anything less than a god. And that disregard for Kim Jung-un’s image gives “The Interview” some power and allows it to be funnier than it has a right to be.

Is it smart comedy? The answer is mostly no, but at times it can be. Amidst all the butthole and fart jokes, “The Interview” is able to find its legs in the backdrop of a country whose actions are just as absurd and bizarre as Rogen and Franco’s humor.