Missing Monsters of the Midway 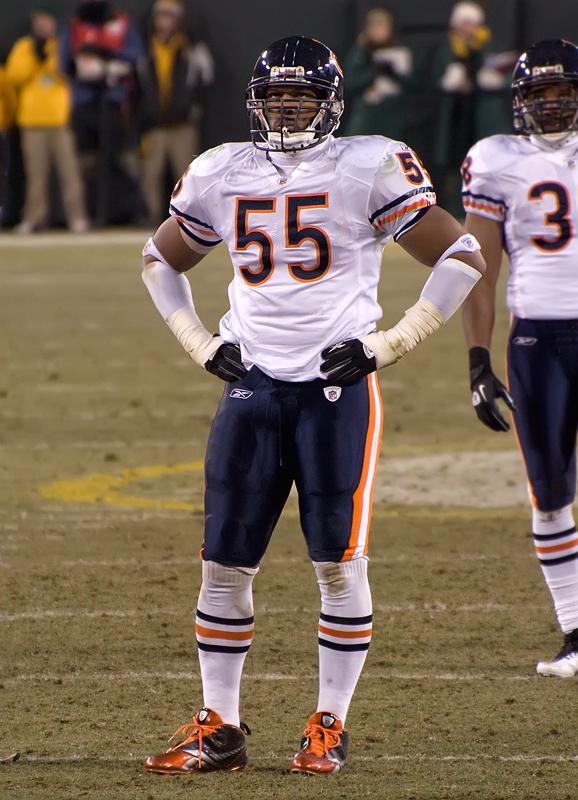 Briggs led the Bears in tackles during thei r run to the 2007 Super Bowl with 109.

Charles Peanut Tillman and Lance Briggs came into the Chicago Bears together in 2003 and quite fittingly, it seems like they will be going out together as well. This past season provided some major shortcomings for these two former great players due to injury. Tillman, or “Peanut” as he has become known, only got to play two games while Briggs played eight games.

The past two years the stats have been dropping dramatically for these two fan favorites but it is time for the fans to say thank you and move on.  The Bears had one of the worst defenses of the league in 2014 and nobody knows how improved the defense will be until next season under new general manager, Ryan Pace with a new coaching staff. This uncertainty will likely leave over-the-hill players like Peanut and Briggs without a spot on the roster.

Tillman is arguably the greatest cornerback in Bears franchise history. After being drafted in the second round in 2003, Peanut helped the bears become one of the best defenses in the league with his remarkable skills. Since he has been in the league, he ranks first in forced fumbles, tied for fifth in interceptions and is third overall in tackles for Bears franchise history. He is behind Brian Urlacher and Lance Briggs in tackles but this stat is quite remarkable to have with such a long history of great defenders for the Bears.

Tillman did not only have a great career with the Bears, but his off the field life said a lot about him as well. He was given the Walter Payton Man of the Year award in 2013, which is given to honor a player’s volunteer and charity work, as well as his excellence on the field. Also, he was given the Brian Piccolo award twice which is voted within the Bears locker room and awarded to the player who best exemplifies the courage, loyalty, teamwork, dedication and sense of humor of the late Piccolo.

Briggs is also one of the greats to ever play in a Bears uniform. He was selected in the third round in 2003 when he began a great career with the Bears. One cannot deny how great the defense was when Briggs was on the field. His stats recently are not great but a few years ago, Briggs showed that he was one of the best outside linebackers in the league. Briggs is a seven time Pro Bowler, he is second in franchise history in tackles, and his five interceptions returned for touchdowns are tied for third for linebackers in NFL history. Briggs is one of the great ones to ever put on a Bears uniform.

Even though 2014 was a dismal year for any Bears player or fan, the way Briggs and Tillman went down in their last years add salt to the wound. Watching the team play while Tillman was on the sideline this year showed the Bears were simply not the same defensively. Briggs’ on and off injuries this year showed it was time for him to call it quits.

Bears fans know how great these two were. They played with heart and they showed why the Bears were called the Monsters of the Midway. They helped the Bears reach the 2005 Super Bowl and without that defense the Bears would have not gone that far. These two are Hall of Famers in Chicago and even though the defense needs to change drastically, they are two players who are truly going to be missed.