Who Rakes in the Most Dough? 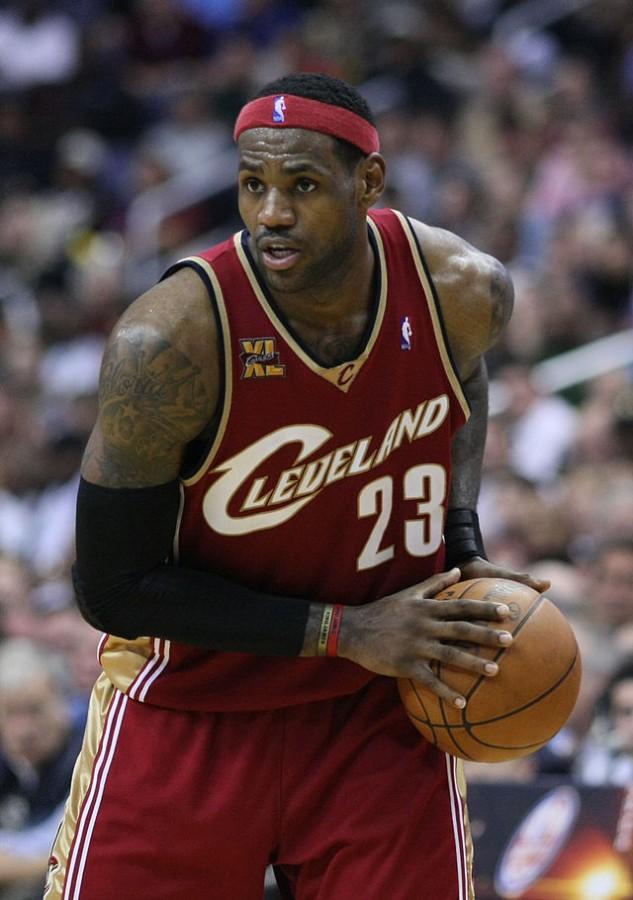 Not only is LeBron James back in Cleveland, but he will be back on TNT and ESPN due to the new television deal.

On Monday, Oct. 9, it was announced that the NBA came to an agreement with ESPN and Turner Sports on a nine-year, $24 billion media-rights deal. This deal will have effects that extend beyond the reach of player or owner salaries; it impacts everything from how teams will use a new salary capacity to how consumers watch NBA games.

Turner Sports and ESPN will combine to pay the league $2.67 billion annually following the 2015-16 NBA season. Under the present deal, the NBA is paid $930 million every year by the two networks, so the new deal features an 180 percent jump. This is sure to bring unrest to the league when the current collective bargaining agreement is opted out of in 2016-17.

According to Deadspin.com, the players are currently guaranteed between 50 and 51 percent of the league’s basketball-related income (BRI), and the salary cap. is set at 44.74 percent of projected BRI (divided by the number of teams in the league). Since the national TV deal makes up a huge portion of BRI and will make up an even bigger portion under the new deal, this will drive up player salaries after a probable lockout, or at least very testy negotiation.

While the new deal features so much additional revenue, the biggest takeaway is things will likely remain the same as far as coverage and the broadcasting of games on national television; the All-Star game will still be shown on TNT, NBA Sunday Showcases and the NBA Finals will still be on ABC.

There will be, however, 22 additional games getting national coverage, so if you are fan of a team other than the Chicago Bulls, or the other large market teams such as the New York Knicks, Brooklyn Nets or Los Angeles Lakers, you may be in luck given that smaller market teams currently spend little to no time on national television. With the new media deal alone, player salaries are likely to increase by 167 percent in max-level contract deals. Max level contracts will pay the best players in the league anywhere between $33 to $38 million annually, a big reason why the league’s biggest star, LeBron James, chose to sign a two-year deal in Cleveland, and opposed to a longer term deal.

With the lucrative television contracts in nearly all-major sports for national broadcasting and cable networks, one can only wonder which sport is the most lucrative? With jersey sales, sports memorabilia, intense playoff games and advertising at an all time high, which sport brings home the most revenue? In 2013, it was reported that while the NFL was undergoing scrutiny because of the concussion injuries from players and some half-empty stadiums on Sundays, the league remains at the top of the television deal revenue with $4 billion a year. This amount from television deals is roughly equal to the total sale revenue the NBA hauls in. The MLB came in second with $3 billion annually with the NBA coming in third at $2.6 billion. Finally, the NHL had a $2.2 billion revenue at the end of the 2012-2013 season. Even with the domestic violence cases adding up, the NFL is very likely to remain on top because of the large disparity in revenue.

In a world with more entertainment options than ever before, sports are worth more today than they ever have been. What is the main reason for this? While ratings across television have been declining because of DVRs or Internet streaming, ratings for live sports have remained largely immune to this trend leading to the highest advertising rates in entertainment. With the television deals in place and looming for the four major sports, that trend will only continue to swing upwards.