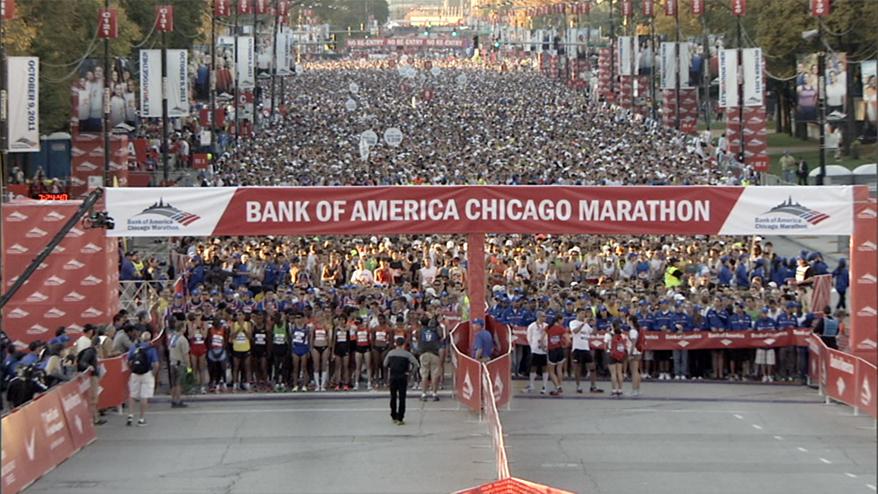 Approximately 45,000 people took to the streets of Chicago, for the city’s annual marathon on Sunday, Oct. 12. Former NEIU student, Marta Kryvdyk was among them. At just 20-years-old, Kryvdyk can say she completed a marathon.

The 25-to-29-year-old age range is most popular among women (4,395 runners), the same as the 2013 race, according to Crain’s Business Chicago. Kryvdyk’s young age gave her a different preparation experience compared to most of the elder runners.

A year ago, Kryvdyk was running laps on the track inside the NEIU P.E. Complex, thinking of the preparation she was going to have to do in order to achieve her dream of running a marathon.

“I’ve always admired runners,” she said. “These are people I used to look up to and I wanted to be like them.”

Once she set her mind into running the Chicago Marathon, Marta went into full training mode. It was a goal that required a full-time commitment and some serious sacrifices for a 20-year-old.

“My friends would ask me to hang out on Saturday nights the night before I had to train to run longer miles, and even though it was only 8pm, I would say I was going to sleep,” said Kryvdyk.

On the morning of the Marathon, Kryvdyk woke up congested. It took her true passion for running to get her out of bed and going. “Mentally, I was not ready for it, that day,” she said. Her drive and determination led her to not only completing the marathon, but finishing with a time of 4:07 , a time that had her finishing almost directly in the middle of the first and last finishers.

“I learned a lot about myself, and the discipline it took to complete this,” she said. “I owe my trainer, Benny, a lot.” Marta hopes to continue running, and sees the Boston Marathon in her future.

The marathon as a whole was also a great success. Runners from 132 countries participated, up from 129 last year and 115 in 2012. Bank of America’s post-race survey showed that 43 percent of runners traveled to the race by airplane, up from 36 percent two years ago. The most represented foreign countries were Mexico, Canada, United Kingdom, Brazil and Japan.

Many runners credited the onlookers and fans with helping them reach the finish line. Officials estimate nearly one million spectators lined the streets to cheer on the runners.