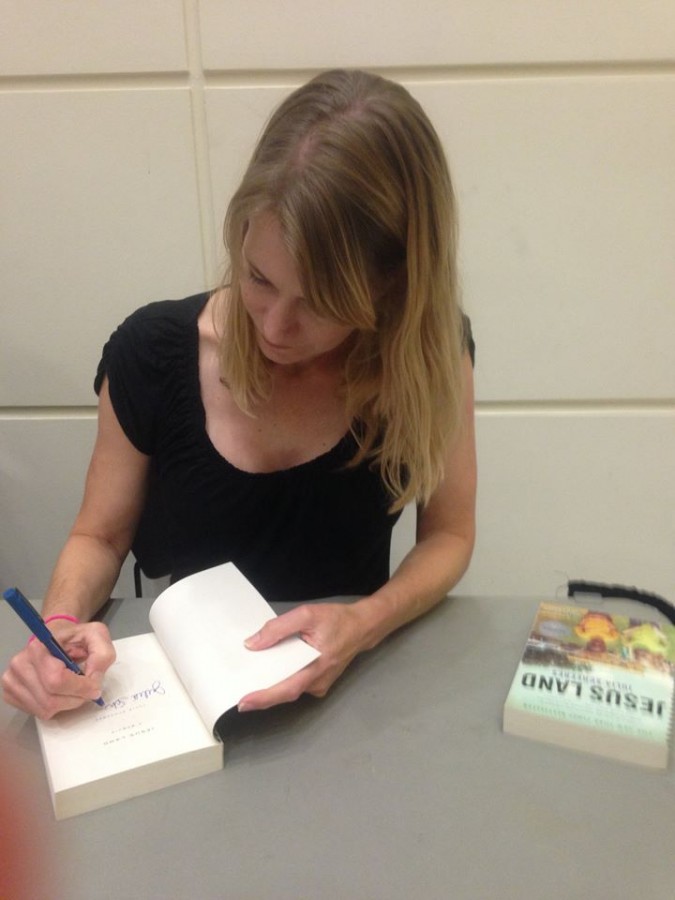 “I tried to become a woman that night in a way that was reckless beyond my comprehension,” reminisced writer Julia Scheeres in her recent essay, “The Ballad of Tribute Steve,” which was published in New York Times Sunday Magazine.

The essay chronicles an experience from her long past but unforgotten teenage years, her awkward, hormonally driven, yet undeniably sweet interactions with a Steve Perry-look-alike at a Journey tribute band concert put on at her high school.

“I owe it to the decency of a traveling musician that I remained a girl — a longing, swooning, dreaming girl — a little while longer,” Scheeres said.

Tribute Steve had picked her out of the audience to serenade with Journey’s sentimental pop lyrics. A funny, tender recollection of memory, this candid, yet warm kind of writing offers a foretaste of the style that characterizes her best-selling memoir “Jesus Land.”

The NEIU community was recently given the opportunity to discuss the memoir with the author.

“Jesus Land” is a story about growing up; more specifically, it is a story focusing on the friendship between two siblings growing up together.

During her later high school years, Scheeres, along with David, was shipped off to a supposedly paradisiacal private school, Escuela Caribe, which proved rigid and oppressive, despite its advertisement as a therapeutic, healthful environment for the development of young men and women.

Scheeres’s efforts later helped the closing of the school.

While “The Ballad of Tribute Steve” is its own form of memoriam to a figure who formed a brief but definitive experience in the coming-of-age of a young Scheeres, “Jesus Land” is a different kind of memoriam, to a beloved boy with whom Scheeres shared a home, meals and traumatizing private-school experiences.

Scheeres today no longer practices the Christianity of her upbringing. This decision was formed partly or wholly by the conservative environment she was brought up in.

Scheeres was careful not to dismiss religion entirely, and she addressed this question to the NEIU audience by sharing the admirable examples of her still religious sisters. However, her account is a poignant one, raising issues about race and religion, friendship and morality, growing up and looking back. These themes are central to the lives of all citizens of modern society, especially to the lives of all young people today.

Scheeres’s most recent book is a historical account of the infamous Jonestown massacre called “A Thousand Lives: the Untold Story of Jonestown.”