To Save Lives and Better Our Society, All Drugs Should be Legalized 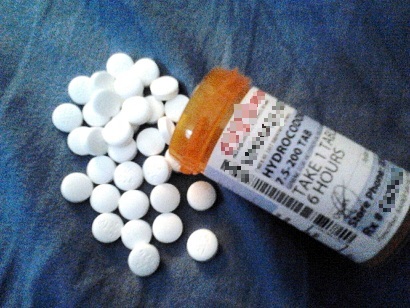 Narcotics in their legal corporate state.

Last week, Mayor Rahm Emanuel announced a proposal to lower drug possession penalties from felonies to misdemeanors. Police officers in the suburbs responded vehemently against the proposal—they would rather destroy a person’s future with a felony record for their addiction.

It makes me wonder what is better for society: selectively arresting people with addictions for buying drugs illegally and giving them a criminal label for the rest of their lives, or allowing people to buy their drugs legally and providing them with treatment.

According to the Center for Disease Control, in the U.S., cigarettes kill about 443,000 people every year. In 2011, alcohol caused more than 75,000 deaths (more than half in alcohol related car crashes) and prescription drug overdoses killed about 22,000 people.

I bring up these numbers to point out that in the U.S., the drugs that kill over half a million people every year are legal and illegal drugs kill less than 20,000 people.

If the purpose of the War on Drugs is to save lives, it’s being waged on the wrong front. There isn’t much of a difference between legal and illegal availability of drugs—everyone can find a way to get them.

A good example is everyone you ever knew that smokes or smoked pot. The fact is, anyone who wants to get some weed can get it pretty fast. The biggest risk they face is where they go to get it and whom they run into on the way (police or violent criminals).

It’s really similar to any visit to a drug dealer. Some people go to pick up their opiates in a corporate chain business with pearly white tiles and a white jacket wearing customer service representative to assist them (Walgreen’s, CVS). Others have to go to someone’s apartment and awkwardly wait in the living room.

People are going to find what they want to ingest. They should at least be provided with a clean and safe method of getting it and the knowledge that what they want is what they are receiving.

Somehow our country created an industrial complex based on making addicts into criminals and pays more money to lock them up than it would cost to treat their addiction medically.

It managed to do this while sustaining an unregulated black market that remains to be profitable for drug cartels that literally behead people and put their dismembered bodies around town. And allow corporations to sell chemicals that have the same effects as the drugs that are illegal.

According to the Cato Institute, legalizing drugs would save about $41.3 billion a year in drug enforcement. If those drugs were then taxed, it could create $46.7 billion in revenue every year.

Maybe it’d be a bright idea to take some of that $88 billion floating around every year to treat people with addictions.

I’m not making the argument that recreational drugs are safe or not harmful. But there’s really nothing that can stop the flow of them. It’d be better to put that money into helping people rather than arresting, prosecuting, and imprisoning people.