What’s Wrong with the U-Pass 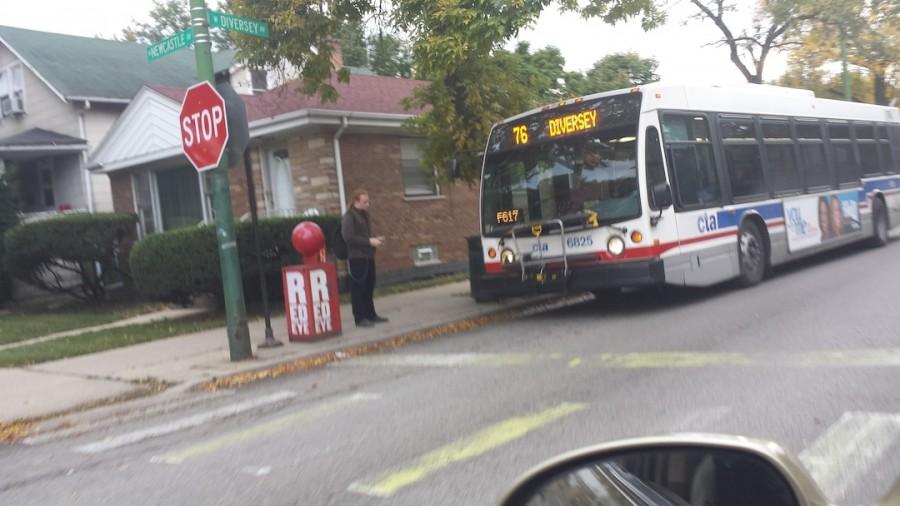 CTA is essential for many.

The U-Pass is a devious point of contention; on the one hand, it allows carless commuters an affordable option for traversing the city. On the other, it is enforced on all full time students—regardless of whether they want or need to use the public transportation provided by the CTA.

The U-Pass was rolled out of the oven back in 2011, when it was passed by the Board of Trustees (BOT)…saddling extra fees of $102 to the tuition of all full time students.

The Student Government Administration (SGA) had conducted a referendum; students were asked to vote for or against the U-Pass. With heavy voter turnout in its support, the U-Pass won the vote by a landslide—and while this worked out great for students on public transport, full time drivers were left in the blue.

There are certain stipulations upon any university that wishes to provide its students with CTA service: The first: all full time students receive one U-Pass automatically…there is no way of opting out; but the U-Pass is unavailable to any student enrolled in less than twelve credit hours.

This makes the U-Pass a wonderful gift for full time L-bums and bus-loafers like myself—but not so much for drivers or other students who only use the CTA occasionally; Metra riders, for example. For the consummate driver, the U-Pass is a $102 card-shaped tumor embedded in their tuition—and the only treatment is the surgical removal of a class.

As for part-timers…well, I know a thing or two about that. Last semester—admittedly in a haze of sloth and neglect—I enrolled in only eleven credit hours; one credit short of full time. I spent several weeks under the impression I was a full time student…phoning Ventra and the student information desk…haphazardly demanding the activation of a U-Pass that was never meant to be. By the time I became aware of this heinous error it was too late…my only option was to suck up the bus fees of the citizen commuter.

Students take desperate measures in these situations—some apparently enrolling full time exclusively for the U-Pass, but dropping a class hours later with the sad-faced hope the thing won’t deactivate and leave them in the cold.

I for one, can’t go on record to say whether this works or not…sometimes it’s best to let something remain as is to prevent degrading it…not that I’m saying it works—nor that I endorse any attempt to abuse some kind of innocent technical loophole.

Many students juggle full time jobs and familial life on top of their academic endeavors…leaving them with barely enough time for part-time schooling, let alone full time. These students—very valuable members of the NEIU community—face cruel financial strains from this policy.

Yet I don’t know what I would do without the U-Pass: It gets me to school and to work; it gets me to bars when I’m in need; it allows me to, whenever I choose, explore Chicago to my heart’s content. I spend an average of twenty-one hours on public transportation every week…and that’s just for work and school—we’re not counting extracurriculars.

We can agree that’s pretty close to a full day per week, and there are roughly 52 weeks in a year…though, my CTA usage takes a drastic dive during the summer, and we’ll have to subtract winter break too…which leaves me with something close to 38 full days spent on the CTA during the year.

The U-Pass operates on an inherently broken system; which is its most serious crime. It should be an option for all students—maybe marginally more expensive for part-timers; but an option nonetheless. Students should also, as with parking and insurance, be able to opt out of the U-Pass. Not every full timer needs one because not every full timer rides the CTA. This is unfortunately something that will have to be addressed by the CTA or Ventra. It’s not an issue the student government of Northeastern—or any Chicago university—has any power to address.