Can a Socialist Revolution Lead to Peace? 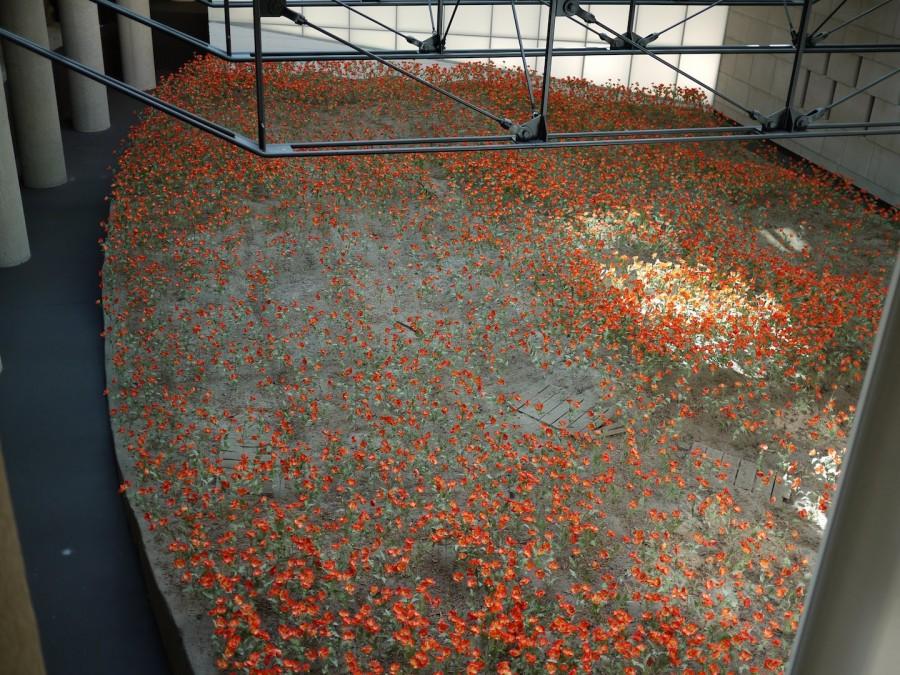 A field of 9,000 poppies, each representing 1,000 war com- batant deaths at The National World War One Museum of America.

Picture this woeful past: the dying groans of men waft in the air amid gunfire. Pain basks in its ill obtained glory as to the chilly reality that is war. War gives birth to death and death creepily wastes no time in taking its own spoils: thousands to millions of human lives.

The NEIU chapter of International Youth and Students for Social Equality (IYSSE) welcomed author, David North as guest speaker for the event. The event held on Sept. 30, had North painting a grisly picture for those in attendance.

North is the author of the book, “The Russian Revolution and the Unfinished Twentieth Century” as well as other works pertinent to history and philosophy. He is also the International Editorial Board Chair of the World Socialist Web Site (WSWS), a site comprised for “the establishment of world socialism.”

In his lecture titled “Imperialism and the World Wars of the Twentieth Century,” North brought topics to NEIU students about the impact wars of the past have on present day geopolitical and socioeconomic issues and how a third world war could ravage through human existence.

Imperialism is the extension of rule of authority from an empire or nation over foreign countries. It is also defined as the acquisition and retention of colonies and dependent territories.

Geopolitics is a method of foreign policy analysis using factors such as geography, economy and demography and their influence on politics as to predict political behavior. Socioeconomic describes the combination of social and economic factors and is the study of such combinations.

“The major point I tried to make by examining the experience of the First World War in particular was that the crisis that produced that war and all its devastating consequences is replicated in the conditions we face today,” said North.

North, with the support of the World Socialist Web Site and the Socialist Equality Party, discussed points with students such as preventive v. pre-emptive war strategies, the possible paradigm shift from capitalism to socialism, the power of the working class and the possibility of nuclear war, to name a few.

The Socialist Equality Party (SEP) describes itself as a “political party of and for the working class,”
“We seek to build an anti-war movement to prevent such horrors from being repeated,” said North.

When asked what college students could do to contribute to said change, North said, “Well, the first thing, very simply, get involved with in Socialist politics…and undertake a serious study of the history of the twentieth century of the international socialist movement.”

Aidan Darcy, an NEIU freshman, said, “I think he put forth some very good points.”

Darcy continued, “It’s highly disturbing…for a while I was under the impression that we’d never go to war with China. They’re our biggest trading partner, we’re both nuclear powers, it would effectively mean the end of humanity but apparently it’s not all that far-fetched and that is a pretty frightening thought.”

President of NEIU chapter of IYSSE, Atif Jadoon recalled how prior to his presidency of the chapter, he was turned on to the WSWS after it was provided to him as a source for a class writing assignment.

“After I did the paper I continued to visit the website and I learned a lot of the important facts about the current political situation in the world and what I realized was that there wasn’t really any bias to protect a certain corporation or protect a certain ally or protect our government. It was more, these are the facts and this is what’s going on…and that caught my attention,” he said.

A writer for the WSWS, Kristina Betinez said, “We as a party, the Socialist Equality Party, seeks to elevate the consciousness of the working class as a whole on every question: cultural, political, artistic and theoretical.”

“That is what the WSWS seeks to do.”