State of the University Address

What is Our Future? 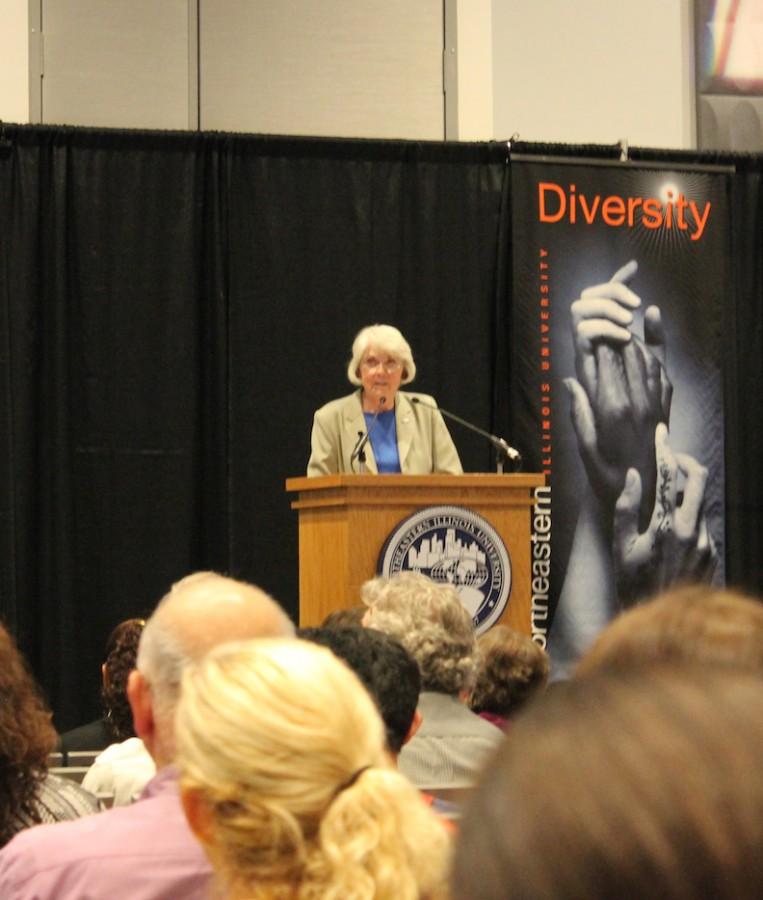 Each year, NEIU President Sharon Hahs addresses students, faculty, and administration with the state of the university address; the purpose of which is to highlight the mission of NEIU along with values, goals, and dreams for the NEIU community.

From information gathered from key performance indicators, Hahs explained four important points about the state of NEIU and its future. Student enrollment has continued in a downward trend of roughly 14 percent in the past five years, graduate enrollment was drifting down but has finally levelled off. New freshman and transfer enrollments are down about 5 percent since last year, however, degrees conferred are the third highest in the history of NEIU. So, although NEIU has been steadily receiving fewer students, it is graduating a higher percentage than ever before.

Declining enrollments of new students is a major concern to the administration; expected retention of current first to second year students has dropped to 60.3 percent. Hahs attributed factors of declining enrollment to fear of student debt accumulation, the weak economy, smaller high school graduating classes and an overall number of students in CPS have reduced. To compensate for these factors, the Strategic Planning Committee has concluded that NEIU must increase its market share to compete with other universities to stay even and help grow enrollment.

NEIU has already taken some steps to help entice prospective students: The new website, fresh CRM (customer relations management program) to track and personalize the admissions process, expanded high school recruitment territories and recent renovations to Alumni Hall are all examples of the NEIU upgrades but it doesn’t stop there. With the recent opening of the new El Centro building, Hahs is hoping to attract more prospective students with innovative buildings and more course offerings.

NEIU is also beginning a larger degree offering with the addition of a B.S. in Nursing, Graphic Design, and Environmental Science along with a Masters Program in Public Health and Social Work and a Doctorate Program in Special Education.

Along with the expansion of the Pedroso Center, the NEIU main campus is about to get its first major face lift since 1988 thanks to the Decade of Dreams plan, with the addition of the new Education building that Hahs is hoping will be done by Fall 2017 or Spring 2018; the building will be paid for by state appropriations, however the cost of the infrastructure expansion, as mentioned by Hahs will be covered by the university.

As to any mention of the eminent domain issue, Hahs said, “We are moving forward with plans”, the strategic plan in place includes the acquisition of six properties along the Bryn Mawr/Kimball area where new residence halls should house around 10 percent of the student population. NEIU would be the last public university in the state to offer student housing once completed. The residencies are an investment in NEIU’s future to raise the enrollment rate. With state appropriations decreasing every year for over 10 years now, the future Hahs is painting is one of self-reliance.

The NEIU strategic plan, along with the results of each past fiscal year from ‘09 is available on: http://strategicplan.neiu.edu/NEIU_Strategic_Plan.html