Seconds Will Have You Coming Back For More 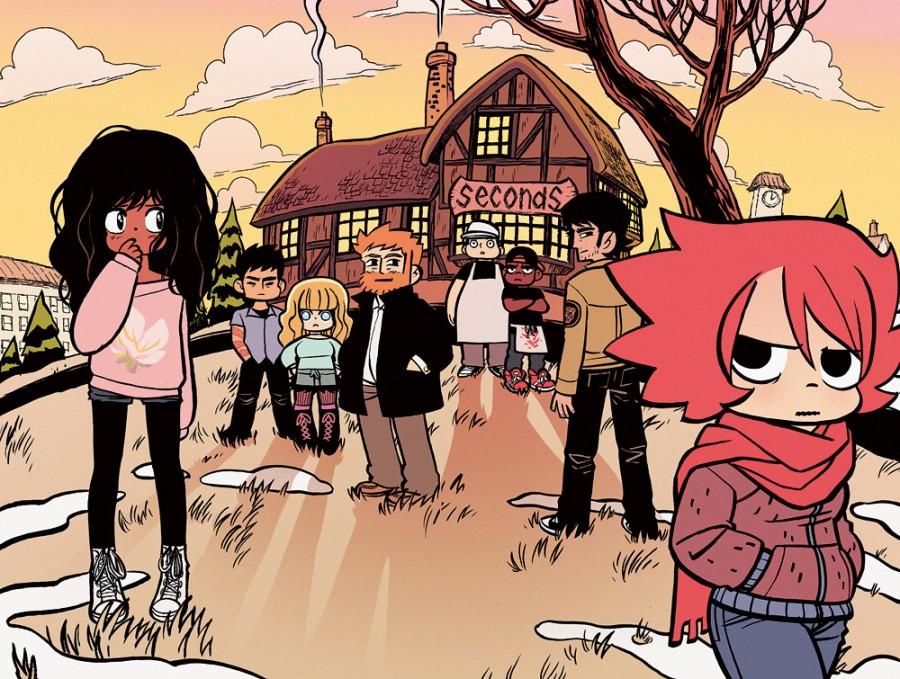 “Scott Pilgrim” writer cooks up something fresh with “Seconds.”

It’s official; the mid-twenties quest for direction is the new teen angst. Or if you’ve read Bryan Lee O’ Malley’s last couple of works you would think so.

O’ Malley hit it big when his “Scott Pilgrim” series hit the shelves in the mid 2000s. The story of a 23-year-old struggling with romance, regret and self-acceptance has been done to death before.

But O’ Malley’s take on the structure was refreshing, employing a visual style inspired Japanese battle-mania comics or video game narrative tropes, while also peppering in the vocabulary of an indie rock scene hipster. The “Scott Pilgrim” series became sort of a millennial’s odyssey. And that odyssey rocketed O’Malley into the New York Times Bestseller list.

Four years have passed since then, which is what makes “Seconds: A Graphic Novel” one of the more hotly anticipated reads this year, and fortunately, time hasn’t slowed O’ Malley down one bit.

“Seconds” revolves around Katie Klay, a 29-year-old chef planning on achieving her dream of owning a restaurant. While the new place is in construction, this vertically-challenged redhead is stuck in her own personal purgatory: a restaurant called Seconds. There, the young staff constantly reminds Katie of her mistakes and yearning for a new life. Things take a turn for the weird when in her apartment appears a mysterious girl who presents her with a notepad and mushrooms to magically correct her mistakes. Katie soon learns how to abuse this power, not fully realizing the consequences of her decisions.

What ensues is a series of paranormal social snafus between Katie and the rest of the cast. Though most characters aren’t explored in depth, they make for excellent tone-setting back pieces. From Katie’s absurdly good looking ex, to her quiet and shy coworker, Hazel, each character is an opportunity, if not to advance the story, to at least let Katie fire off a humorous cynical quip. And despite being a self-deprecating or occasionally pretentious dork, Katie is a deeply likable and (dare I say) adorable character.

The dialogue and narrative are the real stars of the show here. The story in “Seconds” almost feels like a modern day Brothers Grimm fairy tale. The mystical nature of the mistake-erasing mushrooms or the mysterious girl that delivers them lead into some magical realism that might belong in a children’s book, yet the content here isn’t for kids. Talk of broken relationships, workplace drama and just enough reference to casual sex make “Seconds” tonally fit for grown-ups to enjoy.

The overall storytelling is accompanied by the author’s unique art style. Unlike “Scott Pilgrim,” O’Malley finally has a chance to tell a story in color. Aside from Katie’s fiery red hair being a constant in most panels, color is constantly being played with in the story. A back and forth between cool and warm palettes indicate Katie’s mood or interaction with magical elements.

And readers should also know that O’ Malley is still designing some of the most interesting characters in comics today. It’s obvious that the fashion design industry’s loss is the comic book reader’s gain. Ironic t-shirts, thrift store cardigans or fashionable haircuts tell you more about a character sometimes more than their own dialogue does. Combined with an expressive anime inspired art style, the characters in “Seconds” are vibrant and really do come to life.

Though many people may have been turned off by the infinite pop culture references “Scott Pilgrim” had, “Seconds” is able to stand on its own two feet a bit more. It’s a straightforward self-contained story, which I’m confident any reader can pick up and enjoy. And for people who are familiar with O’Malley’s other works, they are sure to enjoy the same sardonic wit and self-aware writing he always brings to his work.

Simply put, if you haven’t had your fill of O’Malley, or just looking for something with a different flavor, “Seconds” is definitely worth a taste.