Do Wealthy Professional Athletes Have to Follow the Same Rules as Us?

Domestic Violence in the NFL 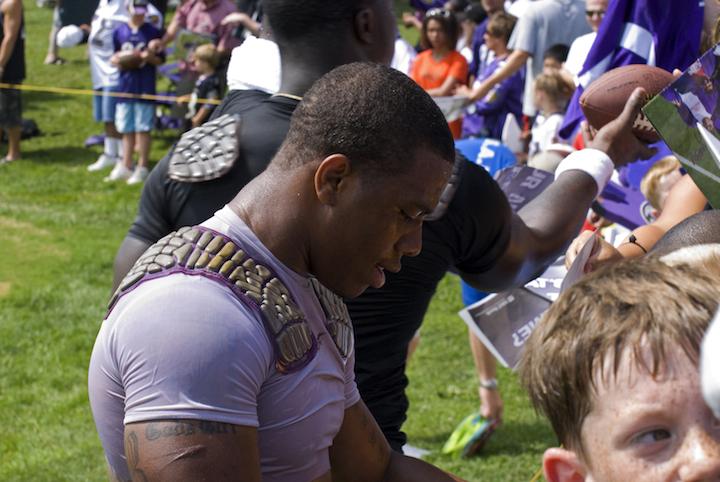 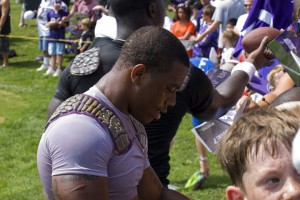 The recent slew of male professional athletes committing violent crimes has rightfully brought the issue of domestic abuse to the attention of American mass media. But the outrageously lenient criminal punishments given to the wealthy criminals should have us all asking why these men are not punished with the same severity as working-class people.

As far back as March of this year, it was known that Ray Rice attacked his then-fiancée, Janay Palmer, in an Atlantic City casino elevator and then dragged her motionless body into the foyer.

The video footage of the attack (rather than the video from outside of the elevator) that has recently been shown in media coverage ignited a public outcry to extend Rice’s two game suspension by the NFL.

The public outrage was multiplied by the fact that many were sickened already by the NFL’s short suspension—even before the video of the attack was released.

The issue is that NFL suspensions and public backlash are not a part of the criminal process.

The security footage of the attack was shown to a county prosecutor, Rice pleaded not guilty and he then was granted a request to be placed in something called a “pre-trial intervention program” (PTI). I’ve never heard of getting such a lenient penalty without pleading guilty or at least no contest.

It is also sickening that being released and suspended by the NFL is the most damaging punishment for his crime. The NFL shouldn’t be throwing flags for wife beating; a judge in a courtroom should.

Upon completing the PTI program, Rice won’t even have a mark on h
is criminal record for knocking his future wife out with a left punch.

According to the Associated Press, the PTI program is granted to less than one percent of defendants charged with domestic violence assault.

If Ray Rice was someone who made a middle class wage and couldn’t afford a lawyer that costs over $1,000 per hour, do you think he would have the privilege of the PTI program?

I’m not saying that Ray Rice deserves some sort of extreme punishment, but this shows how sometimes the whole American justice system gives a special privilege to wealthy people.

Their mistakes get to disappear for a price, while people without privilege get stuck with three to five year sentences for things that don’t end with a motionless body being dragged across the floor.