Iraq War Repeats Failed US Military Policies of the past 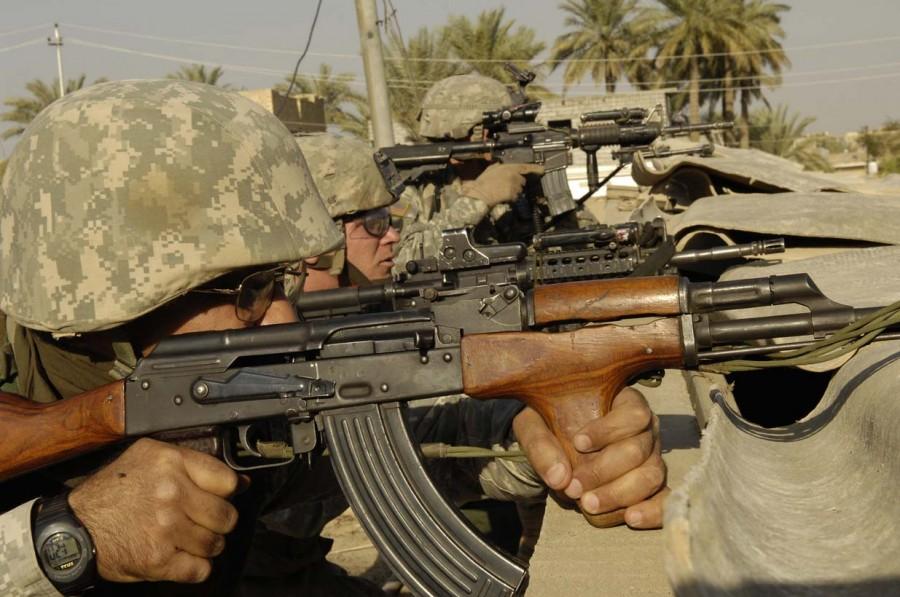 Is a bigger military presence the solution?

Both wars were spawned by generations of politicians that have ignored the lessons learned from WWI and WWII. On June 28, 1919 the Germans signed the Treaty of Versailles in defeat, and shortly after the United States called its soldiers home.

There was no long-term plan to rebuild Germany after the Allies crushed them. Following the war, Germany was destitute and from that toxic soup, future dictator Adolph Hitler rose up via the National Socialist German Workers’ Party or Nazi Party.

By the mid 1930’s, Adolph Hitler had amassed a formidable army and began invading Germany’s neighbors such as Poland and Russia resulting in the deaths of millions of people. Eventually the Allies were forced to raise tremendous resources to take down Germany. WWII ended when Germany surrendered on May 7, 1945.

On June 5, 1947, Secretary of State George C. Marshall proposed a plan to restore Europe and to prevent political chaos after the war. Then President Harry S. Truman signed the Economic Cooperation Act of 1948, better known as the Marshall Plan, into law. This then prevented another despot from rising to power while checking the Soviet Union’s threat to the region.

Fast-forward to Korea and Vietnam and one could swear the United States forgot how to invade, occupy and rebuild the areas that it has previously destroyed into a system of government and economics that we could relate to.

The United States engaged in a half-baked invasion of Korea and Vietnam that resulted in splitting Korea with China at the 38th parallel on July 27, 1953 while the Vietnam War resulted in the United States ditching the entire effort on April 30, 1975.

Although the United States was operating under the concept of containing the spread of the Soviet and Chinese Communist influence, it put forth an effort that paled in comparison to the effort to conquer Germany in the 1940s.

Since then, Korea has become the forgotten war and Vietnam is considered to be one of the biggest disasters in this country’s history. The My Lai Massacre, which resulted in the systematic execution of Vietnamese by US soldiers, accents this feeling among those who were against the war.

Fast-forward to the first Iraq war in January 1991. Iraq’s dictator Saddam Hussein invaded Kuwait. The response by the United States was Operation Desert Storm; a well planned and executed bombing of Iraq’s forces that resulted in Hussein leaving Kuwait after 42 days of intense bombing.

By February 28, George H. W. Bush declared a ceasefire and shortly thereafter US troops left. Hussein, the man who had been accused of gassing thousands of Kurds in Halabja back in March 16, 1988, was still in power.

As with the sickening photos taken by Ron Haeberle in My Lai back in 1968, photos of a dead Kurdish woman clutching her dead baby while lying in the street were equally appalling.

Yet, a once great super power capable of putting down Adolph Hitler left a tyrant like Hussein in power when its forces were right on his doorstep.

Fast-forward again to the second Iraq war and this time George W. Bush invaded Iraq in March of 2003. By December 29, 2006, Hussein was hung and his body was buried at Awja, near Tikrit where his two sons were buried after they were killed by US forces in the Iraqi city of Mosul on July 22, 2003.

Finally it seemed that America could bury a leader that deserved a cemetery plot after all the disgusting acts that he performed. So by 2011, under Barack H. Obama, US forces have, for the most part, left Iraq.

Was the job complete as with the dethroning of Hussein or Hitler? As of 2014, eleven years after the beginning of the second gulf war, the Islamic State in Iraq and Syria, or ISIS, has taken over large portions of Iraq as the communists, or Nazi Party, would have if the United States and her allies had left Germany in 1945.

Now, short-term war strategy fools that we have running Washington D.C. are contemplating how they are going to destroy ISIS. It’s simple. Pick up a history book and read about World War II.