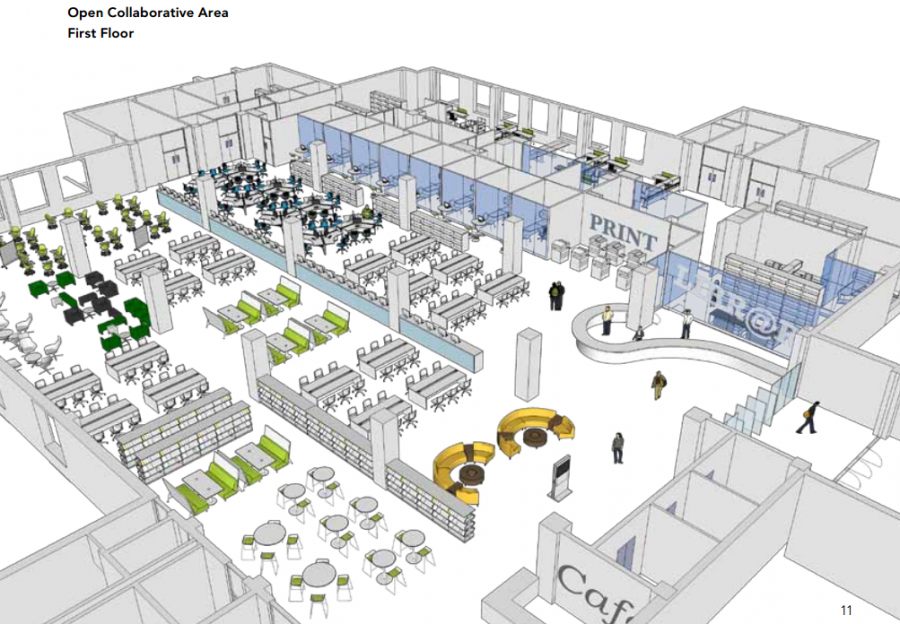 The Master Space Plan is the culmination of input from over 300 participants from NEIU’s faculty and student body. The plan would modernize the library by increasing the amount of public space available in the Ronald Williams Library while also providing more quiet study spaces.

According to the executive summary in the Master Space Plan, when compared to similar university libraries in terms of public seating, the Ronald Williams Library is lagging behind with only 29% of the library’s space set aside for seating. Of the library’s available seating, only 44% has an electrical connection for common student devices such as laptops or tablets.

The proposed renovations don’t end at increased seats and more electrical outlets. Extended hours on the first floor of the library and more group study rooms is another proposal of the Master Space Plan.

According to Dean of Libraries Carlos Melian, the plan has been an ongoing dialogue in the past several years for himself, the associate dean and the previous dean before him. “We finally decided to for a couple reasons, one: we were lacking current contemporary student spaces…and the other thing is space on campus as you know is really, really tight,” says Melian. 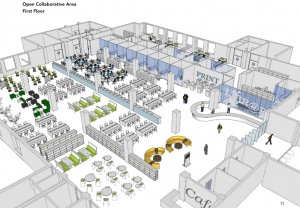 Increased space is not the only aim of the Master Space Plan. Melian stated, “I think it’ll retain students because you have a really great place on campus to be in and study and do whatever you want.”

While the Master Space Plan is not a direct part of NEIU’s Decade of Dreams, it is in Melian’s hope that it will be considered when building improvements are made across the campus.

When construction is set to begin on the Ronald Williams Library is still undetermined. Melian stated “I don’t know where the money’s gonna come from. I have no idea. I’ve discussed it with the president, and the provost and the VP’s. It’s only a plan. It’s not actual construction.”

Fernando Reyes, a Secondary Education/English major said, “I actually feel really good to hear about those changes. It is a commuter school so sometimes I wish there were those extended hours because instead I’m going to UIC like around 10 at night because they have extended hours.” Reyes adds “…to be able to see how much has progressed throughout the four years that I’ve been here (NEIU) and to hear that it’s going to keep making that progress just really makes me happy that I’m going to be an alumni of this school.”

It should be noted that the current construction work on the library not a part of the Master Space Plan, but rather a separate ongoing project to rebuild the roof.