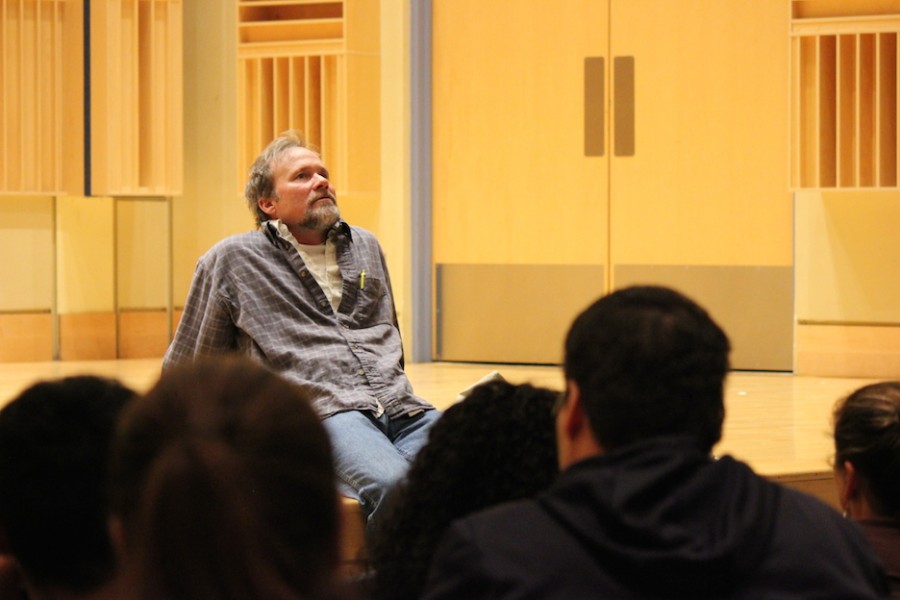 Since 2012, NEIU has been the host to The Visiting Writers Series which brings published authors and members of the campus community together to discuss craft and business of publishing. This season’s first writer was Brad Watson, author of “Aliens in the Prime of Their Lives.”

The events curator Dr. Alicia Erian revealed that she first met Watson in a drum circle at a writers retreat. This anecdote gives a small taste of Watson’s whimsical approach to his writing, in which he explores the surreal “alternate perceptual experiences we have all the time,” as he put it, as well as grittier, more realistic subjects with equal dexterity.

Watson, who is currently a professor at the University of Wyoming, displays his talent of blending the real and surreal throughout his work, which includes a collection of short stories called “Last of the Dog-Men: Stories” and “Heaven of Mercury: A Novel.”

His newest piece, from which he read a few excerpts for the NEIU audience is another volume of short fiction titled “Aliens in the Prime of Their Lives.” The book has proved to be a hit with the students in Erian’s classes, who compared Watson’s prose to Flannery O’Connor’s.
Attendees were able to hear Watson read the first story from his new book “Vacuum.” In this story, three brothers attempt to get their mother’s help around the house, achieving unsettling and comical results.

The story was inspired by Watson’s childhood in the South during the civil rights era. Through the deceivingly simple narrative, he is able to touch on race relations and women’s struggles in profound ways.

After the reading, attendees were also able to participate in a Q-and-A session in which Watson shared his experiences ranging from being a garbage man in Hollywood to reporting on hurricanes for a newspaper on the Gulf Coast.

He also offered some advice for aspiring writers: don’t be afraid to let stories go if they aren’t working, even if you have to burn them (which Watson actually did to his fiction from his undergrad years).

“Read as much as you can,” he said, and “listen, especially to older people. They are a great source for stories, even if they annoy you.”

The next reading will be with Julia Scheeres, author of “Jesus Land” and “A Thousand Lives: The Untold Story of Jonestown,” and it will be held at 3 P.M. on Tuesday, Oct. 7 in the Recital Hall.

As a creative writing professor, Erian (author of “Towelhead”) spearheaded the series when she joined the university, adapting a similar program that she was involved with at Wellesley College.

Erian, who works on the project with Christie Miller, the director of the Office of Cultural Events, and Richard Helldobler, the vice provost, is very passionate and energetic about providing her students a chance to interact with successful writers.

As the director of these talks, Erian likes to choose writers that “keep as many cultures represented as possible,” she said. Erian is also grateful to be working with a diverse student body that can appreciate a wide variety of writers.

For more information on the Visiting Writers Series, visit http://www.neiu.edu/university-life/about/arts-northeastern/visiting-writers-series.