Norovirus Knocking Out Chicago, Not the Flu 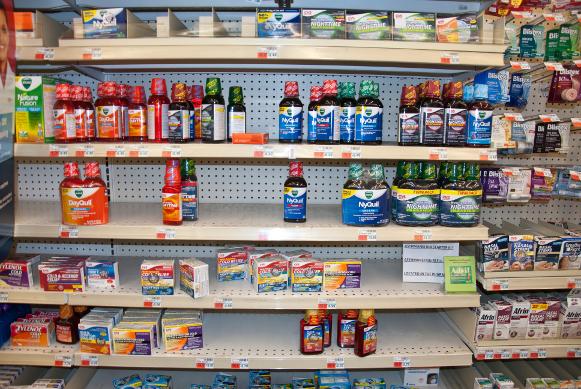 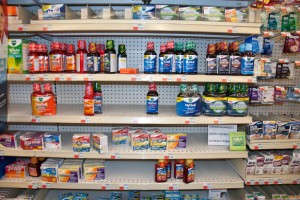 Photo by George BorawskiFear-mongering stories have flooded the airwaves from various media outlets in Chicago about the city’s influenza epidemic. Reports of multiple strains, particularly the H1N1 and H3N2, has people running to the doctor at the first sign of illness. Yet according to the Chicago Department of Health, an average of just 25 percent of the patient specimens tested in January were actually influenza. The Center for Disease Control (CDC) reported similar numbers, with just over 29 percent testing positive as influenza for the U.S. overall. The alleged “flu” that is knocking Chicago off of its feet may actually be several strains of the norovirus.

The UK is currently experiencing a norovirus outbreak with more than 1 million people thought to have suffered the debilitating effects of the virus this winter alone. Europe and Asia have experienced similar outbreaks. The problem in identifying which malady a person has may lie in the public’s general lack knowledge about the admittedly small differences between the symptoms of the two viruses. Flu symptoms are typically fever, head and body aches, respiratory congestion, vomiting, diarrhea and especially fatigue or weakness that can persist as a general malaise for several weeks. Norovirus symptoms are usually fever, head and body aches, vomiting that is often projectile and diarrhea. The symptom list is nearly the same, except for the respiratory distress and fatigue.

The real difference between the flu virus and the norovirus is in the endurance of each. The flu virus can live outside a host body for up to 48 hours, while the norovirus can survive for up to 12 days outside of a host. Every year the world will see several new strains of the flu due to mutations, but people who are vaccinated or experience the flu are usually immune to the strains they target or experience. According to the CDC, the norovirus mutates constantly and any immunity the human body gains is short-lived and virtually useless against the next mutation. “Norovirus is one of the most infectious viruses of man,” said Cambridge University’s Ian Goodfellow, Professor of virology. “It takes fewer than 20 virus particles to infect someone. So each droplet of vomit or gram of feces from an infected person can contain enough virus to infect more than 100,000 people.” According to the CDC, the norovirus can survive contact with cleaning products pasteurization techniques, freezing, temperatures of 60 degrees Celsius (140 degrees Fahrenheit) and immersion in human stomach acid.

The mechanics of the norovirus have recently been highlighted by researchers for the unusually effective methods of propagation the virus uses. Once infected, it’s only a matter of 24-48 hours before the virus has completely hijacked the host’s digestive tract and intestinal lining by attacking cells within those areas. While the virus is replicating, it causes the cells in the intestine to purge their fluids, leading to diarrhea. According to the CDC, even though the patient may feel well again after several days, they can continue shedding the virus in their stool for up to two weeks after initial infection.

The stomach’s function is also altered during infection, causing the passage of food to the intestines is slowed down, thought to be as a result of the virus temporarily altering the nervous system response to those areas. This causes food to build up in our stomach without being digested. When the virus has propagated enough copies of itself, it manipulates the nerves in the stomach lining to induce vomiting by sending signals to the muscles in the stomach to contract swiftly. The often abrupt vomiting projects millions of newly replicated viruses out of the body, spraying fine droplets loaded with norovirus ready to infect others.

As unpleasant as vomiting and diarrhea is, the discomfort these cause are often the only risk factor that comes with the norovirus. For the young, elderly and those with weak immune systems, the norovirus could easily cause dehydration and complications. For healthy college students though it is most likely to just lead to several days of intense stomach pain and a lot of time in the bathroom.
A few tips on how to prevent/care with the norovirus around:

Wash your hands thoroughly. Use soap, and count to 15-20 at a moderate pace
from the moment you start washing your hands until you go to dry them.
If caring for a sick person you should be washing your hands for a full minute
and wearing medical gloves if possible.

Pack in that Vitamin C. Oranges and Emergen-C™ are great ways to
boost your immune system. Orange juice works too but Tropicana and
other commercial orange juices have large amounts of sugar.

Get a flu shot. There is no vaccination for the norovirus but a
flu-weakened immune system with the flu can increase your chances of
getting the virus

For those using the CTA or frequenting heavily trafficked public areas,
wash your hands before touching your eyes, nose, mouth.

Do not share food utensils or drinking containers and carefully
wash all fruits and vegetables.

If sick, just stay at home and drink plenty of liquids. The norovirus
is extremely contagious, and the possibility of sudden projectile vomit
and diarrhea makes you a potential biohazard.