Northern Iraq and the Rise of a Islamic State 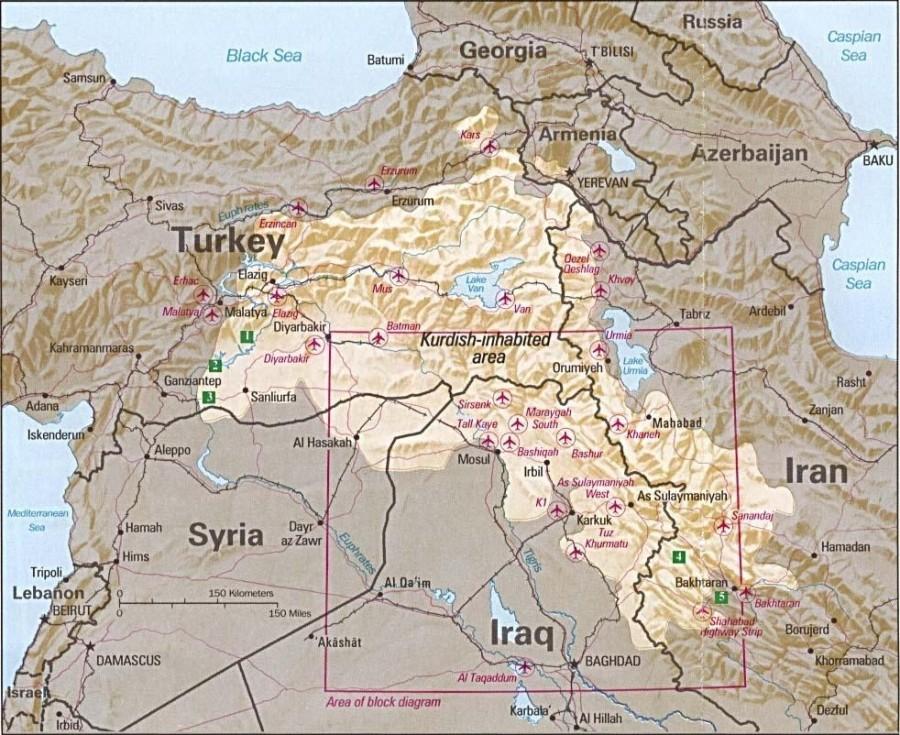 Iraq is a sordid place; shattered by invasion and poor governance, it has become a hotbed for sectarian and political warfare.

In the wake of the invasion of Iraq, President Bush proved once and for all that the “punch the vending machine” theory doesn’t work well with foreign policy or Middle Eastern relations.

Therefore, the United States has opted out of that approach for the current crisis, and has instead provided air support for Kurdish forces and the Iraqi national army, along with airdrops of food and medical aids to civilians behind the lines.

The Islamic State is armed with advanced American weaponry; armored cars, tanks, jeeps and countless guns abandoned by the Iraqi army in the wake of ISIS’s (the Islamic State’s former title) initial invasion of Iraq. The army of Kurdistan, while well trained, is equipped with outdated equipment, much of it dating as early as the 1990 Gulf War.

In a Time magazine article by Rebecca Collard, Colonel Hersh Muhsin of the Kurdistan Army said, “[Our] RPG’s are useless against American-made armored vehicles. On the front lines, ISIS all have American made weapons, and we do not.”

Meanwhile, the Islamic State drives before the tens of thousands of Iraqi and Yazidi refugees who have been forced to flee their homes towards a relatively secure Kurdistan.

In an interview for Time Magazine between journalist Sam Frizell and Moses Saman, Saman describes the Islamic State as a force that has been, “so good at creating this propaganda that they’re so ruthless…People do talk about [the militants] kidnapping women, the violence, the beheadings…People hearing rumors that they’re coming or advancing makes them flee ahead of them. That’s creating this dynamic that people are scared to death even just by rumors.”

In its current state, Kurdistan will take massive casualties defending its borders and the refugees therein. In the case of Kurdistan’s defeat, any armaments donated by the west will surely be secured by the Islamic State. Therefore this is no time for deliberation; either the EU and (possibly) the US must equip Kurdistan now or risk once again arming the Islamic State.

The Islamic State portrays itself as a force of nature or a force of god, something that cannot be reasoned with, neither will they take prisoners or show mercy. Any hope for lasting peace in Iraq must start at the diplomatic table; a place banished by or inaccessible to all sides of the war.

Arming Kurdistan will only prolong the conflict but it seems any other option is lost to the annals of history. The ball is rolling, and nothing can stop it now; not targeted bombings, not sending weapons, and certainly not another full scale invasion of Iraq.

A new type of war is emerging; a kind of war that will blend conventional and guerrilla warfare with the advanced machines of the digital age into a nightmare of bloodshed. The sides will be blurred and the stakes will be higher than ever before.

The Iraqi invasion of 2003 will serve as a chilling prelude to this war; an ill-advised, unnecessary, and poorly planned catalyst that set in motion a chain of events that can no longer be stalled or addressed in any manner befitting of the word “civilization”.

When this war has finished, it is likely Iraq will no longer grace political maps of the world, at least not in its current form. Political boundaries will be re-written and no one alive now can guess what they might be.

The dilemma calls to mind a quote from the Gabriel Marquez pseudo-biography of Simon Bolivar, The General in His Labyrinth, “The General evoked the hideous slaughters of European history [and said] ‘so stop doing us the favor of telling us what we should do…Don’t attempt to teach us how we should be, don’t attempt to make us just like you, don’t try to have us do in twenty years what you have done so badly in two thousand.’”