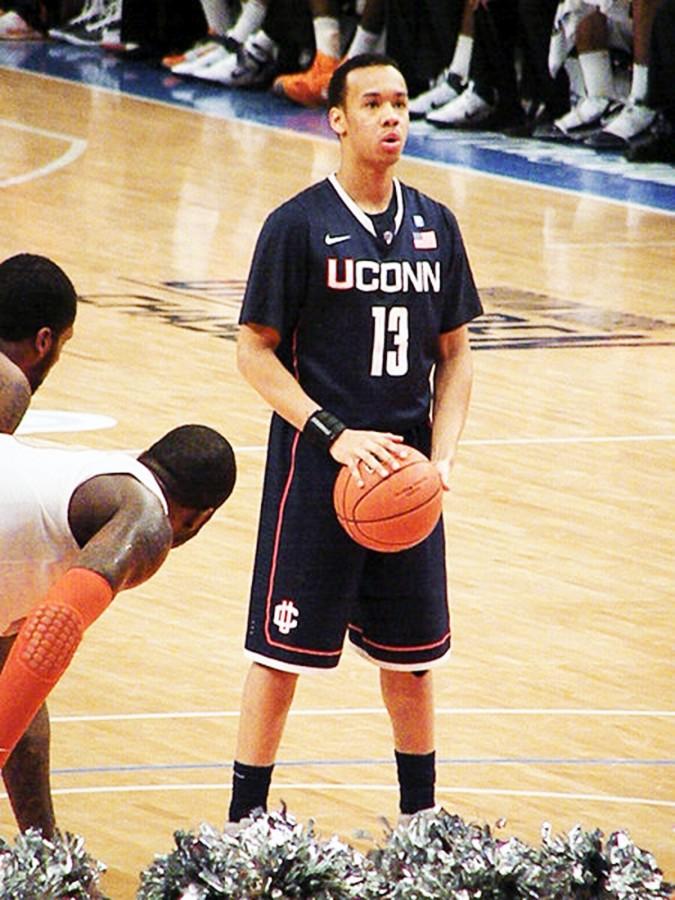 “Bittersweet, bittersweet.” Those were Shabazz Napier ‘s words after the March Madness National Championship game, and I can relate. The tournament, and the most exciting month in sports, is over, but what a great month it was.  Even though everyone’s bracket is totally destroyed, you had to appreciate a Final Four like that. It’s not only what happened on the court that made this year’s tournament special, but what also happened off the court.

The first matchup consisted of (7)Connecticut vs (1)Florida. Even though UConn was the hot team, many believed this was Florida’s game. Riding a 30-game winning streak, loaded with an experienced coach and many seniors on the team, there was no way that the smaller and less talented team was going to beat them. However, the last team to beat the Gators before their win streak: UConn.

After going down 16-4 early, everyone thought that there was no way that UConn could crawl back. But they came back by shutting down Florida for the rest of the half and hitting a barrage of threes to close the half out with a three-point lead.

After the half, UConn continued where they left off, draining threes and smothering Florida’s offense, holding them to 38 percent shooting and 1-10 from the three point line. UConn never looked back and won 63-53 to advance to their second national title game in three years.

The other Final Four game was between (8)Kentucky and (2)Wisconsin. Bo Ryan and his Wisconsin Badgers finally got over the hump and to make his first Final Four in his thirteenth season at Wisconsin. This was nothing new for Kentucky’s coach, John Calipari, as he was trying to make it to his third national championship game.

This turned out to be one of the best games of the tournament. Wisconsin and Kentucky were going back and forth, lead change after lead change, until the final buzzer. Kentucky was down by two after Wisconsin hit two of three free throws. The Wildcats came down the court and seemed to have nothing planned until Aaron Harrison took a deep, contested three that dropped to the bottom of the net to give Kentucky a one-point lead to seal the victory and advance to the National Championship.

Even though Kentucky won the game, they did not look good in the process. They shot 14-21 from the free throw line, compared to Wisconsin’s 19-20. Kentucky also made six fewer threes than Wisconsin. They did, however, have 11 offensive rebounds and forced eight turnovers.

In the end, Wisconsin’s efficiency could not keep up with Kentucky’s raw talent.

A No. 7 seed vs a No. 8 seed in the national championship is not a common sight, but it for made one hell of a game. Even with star Julius Randle suffering from injuries throughout the game, Kentucky never gave up, but the dynamic guard combo of Shabazz Napier and Ryan Boatright were just too much for the Wildcats. The Huskies never trailed and seemed to be in control of the game the whole time. They out muscled and outshot the Wildcats to win their fourth National Championship.

This championship is extra special for the UConn Huskies. This was their first tournament appearance since the sanctions put on them by the NCAA. They lost their longtime coach, Jim Calhoun, to retirement. They lost a lot of key players as they transferred after the Big East broke up. Kevin Ollie made his team believe in themselves and overcome the odds to win the National Championship—a true Cinderella story and a great way to close the tournament.

Congratulations UConn, you guys deserve it.