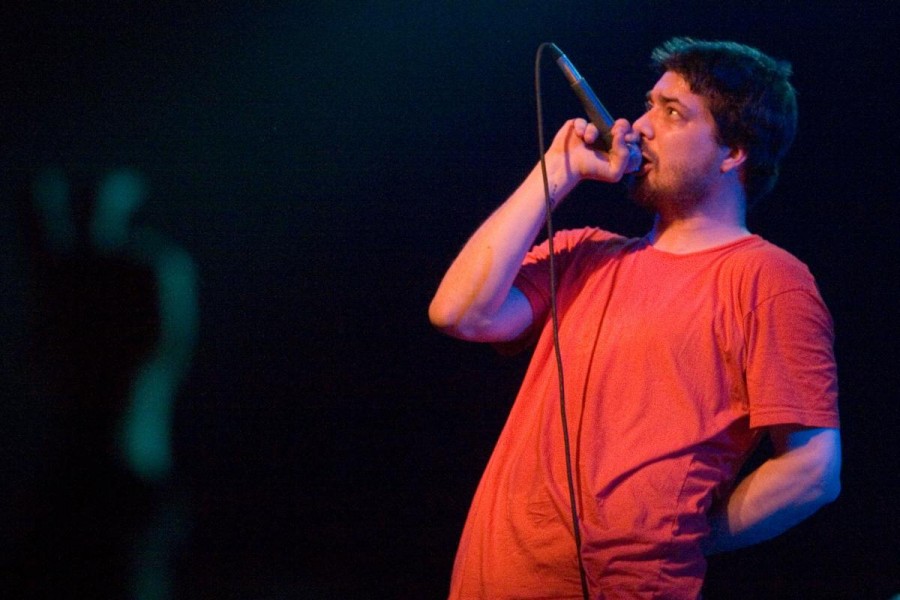 Aesop Rock will be one half of a duo headlining Nest Fest.

The Northeastern Programming Board (NPB) will be hosting their 3rd Annual Nest Fest next month. While music and art will surely be the main attractions, Nest Fest will also be a social justice fair with topics ranging from immigration rights to environmental issues.

Nest Fest is a collection of musicians, artists and social justice groups brought together to share their talents and their missions.

For the second year in a row, the event will be hosted by Chicago’s own Billy Tuggle, writer and hip-hop culturalist, and the two headlining artists are both critically acclaimed, and from Rhymesayers records: The Uncluded (Aesop Rock and Kimya Dawson) and Brother Ali.

After enjoying successful solo careers (a combined four top 100 albums), the two, who have been collaborating for years, officially joined forces in 2013 with their debut: Hokey Fright. They have previously performed at Coachella, Bonnaroo and Soundset, as well as other Chicagoland and international festivals.

Midwest-native Brother Ali has been in the rap game for over a decade. His growing popularity has much to do with his outspokenness and constant activity in the world of social justice reform.

Ali has experienced great success with three top 100 albums, but he has continued to evolve as an artist. Rolling Stone described Brother Ali as having “super-agile flow” and “consistently engaging rhymes.”

Brother Ali has previously performed at Coachella, Rock the Bells and Soundset.

The set-list is compiled of acts that NPB Event Planner Kris Mika said is a “unique complimentary blend of local and national artists.”

The live art portion of the festival will be very interactive for attendees. Artists, consisting of students, alumni and community members, will be simultaneously creating their work while the musicians help set the mood.

The live art section of the festival will be closing before the headlining artists take the stage, NPB Arts and Entertainment Coordinator Brittany Higgin encourages attendees to visit the live art early and often.

The event will also play host to some of the city’s best food trucks and a variety of local vendors.

Many campus organizations have assisted with the funding and preparation of Nest Fest. “We didn’t have much support starting Nest Fest a few years ago,” Mika said. “It has grown throughout the past three years, and I believe with the continued support of these organizations, it will become a staple event at NEIU.”

Students, faculty and staff get discounted tickets at $25, while general public tickets are $35. Along with general admission, VIP tickets are also available for $65. The VIP section will include a buffet and a special VIP outdoor section near the stage. Parking is free.

Nest Fest tickets can be purchased at the Information Center in Village Square, or at neiunestfest.tumblr.com/tickets.