Botched Execution Shows How Wrong It Really Is 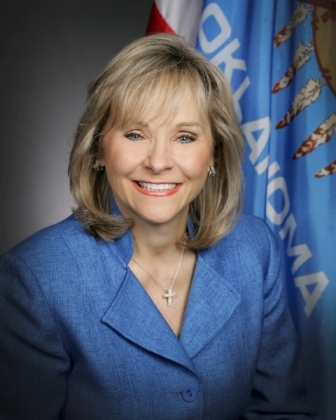 On April 29, 2014, Inmate Clayton Lockett of Oklahoma State Penitentiary was executed, but the execution did not go as planned.

Lockett was injected with an untested amount of drugs. Instead of expiring after the usual amount of time (6-12 minutes), Lockett lasted for over 40 minutes.

The first drugs were administered at 6:23 p.m. By 6:30 p.m., Lockett spoke, saying he was still conscious. Minutes later, he mumbled, twitched and appeared to lift his head up and moved his legs off the bed. By 6:39 p.m., he was still moving, groaning and trying to speak, uttering the word “man.” Almost a half hour after his last word and groaning, he finally died of a massive heart attack at 7:06 p.m.

Several problems arose even before the execution. There were political turmoil and shortages of the approved lethal injection drugs. And in Oklahoma, somehow, the state obtained an untested drug, which was fought over in the state courts, and was defended rigorously by the state governor Mary Fallin before the scheduled execution.

The untested lethal injection drugs, which were believed to be extremely risky, proved to be just that, and caused a great amount of pain to Lockett.

The untested concoction that Oklahoma possessed created a new firestorm of controversy. This controversy raised a question concerning the Constitution’s Eighth Amendment, mentioning a ban on cruel and unusual punishments, which would include torture.

However, when the American execution system is carefully thought about as a whole, it seems to be rather disturbing if one’s heart is not too hardened.

Logically and statistically speaking, there will be innocent people put to death.

It is inevitable, and there have been dozens of executions already within the last couple of decades alone. Mr. Clayton Lockett however was actually proven and confessed to his horrible crime of rape and murder in 1999.

Nevertheless, there have been people who are essentially innocent and have never even committed a crime and yet are executed.

However, facts are facts, and it appears Lockett suffered greatly for a long period of time because of problems growing within the execution system that includes “low standard drugs.” Regardless of what crime was committed or in many cases not committed, execution as a whole is disgusting and perverse.

A murderer should be locked up for a very long time so he can’t murder anyone again, but yet many Americans, especially in the Southern United States approve the death penalty.

There are also many Americans completely against execution.

Although this country has a system of retribution set up against our rather murderous criminals behind bars, the system essentially collapses on the basis of three arguments; the first is the Eighth Amendment prohibiting cruel and unusual punishment.

The second is the perverse retribution where humans (no matter how guilty they are) are being executed in some kind of weird ritual where an eye for an eye is believed to be the proper way of achieving justice.

Why create more suffering by committing revenge? What if the executed person had children or loved ones; will they not be in anguish just as the victim’s loved ones are? Should the anguish really be that even? What if the victim’s family petitions to stop the execution, which has happened plenty of times?

Thirdly, the whole execution system collapses on itself because it has killed dozens of innocent people. Even if only one innocent person is killed within the system, it automatically becomes invalid.

Why should any innocent people be executed just so most of the guilty ones are executed too? Why not just lock the accused up for life (hopefully if they are indeed guilty) and that’s it?

Shame on Governor Mary Fallin of Oklahoma and her colleagues for actually pursuing more death and anguish; this world is already filled with it.

In addition to supporting capital punishment, Fallin and her colleagues are also “pro-life,” and support the “sanctity of life,” as if that is not hypocrisy in itself. They seem to be rather selective in what “sanctity” means.

Fallin also claims to be a religious Christian, which appeals to a huge voting population, yet like so many other Christians in the United States, she forgets the pacifism of Christ’s teachings, which ultimately completely condemns retribution.

But in the end, the disgusting practice of capital punishment will go on in this country, creating more traumas to an already traumatized world.

Hopefully, the current execution system will collapse. And of course murderers need to be brought to justice, but behind bars is where the most violent and murderous of people should be so they can’t hurt anyone else again, and that should be the end of it.

Retribution has never solved or corrected anything. It just creates more suffering.