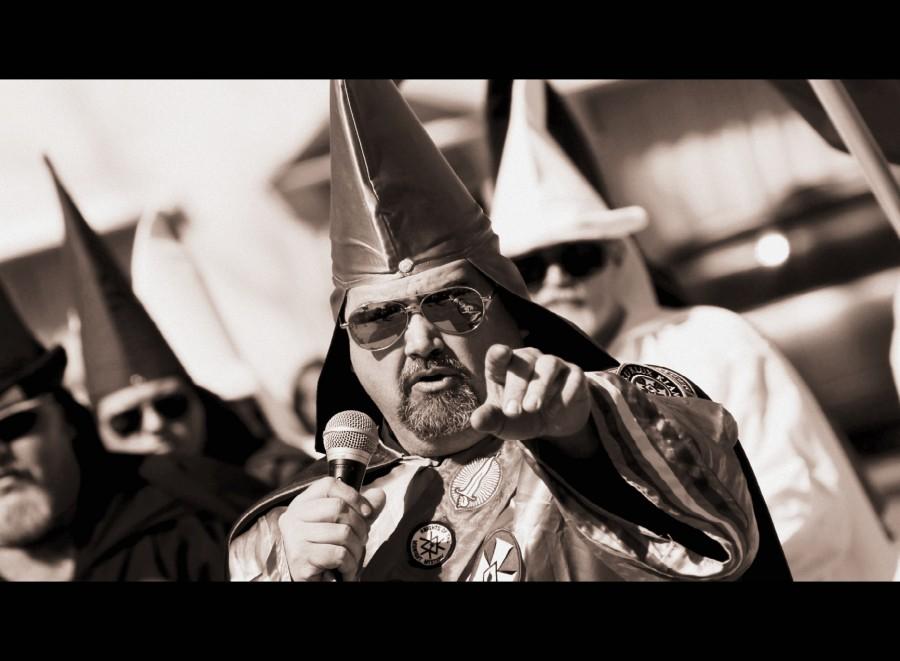 On a sunny April 13 afternoon, Frazier Glenn Miller shot and killed three people outside of a Jewish Community Center in Overland Park, Kansas.

According to Tony Rizzo of the Kansas City Star, Miller killed a 69-year-old doctor named William Lewis Corporon, his 14-year old grandson, Reat Griffin Underwood , and 53-year-old Terri LaManno, who was visiting her mother. This was done in an attempt to kill any Jewish community member of Overland Park, though not one of the three killed happened to be Jewish.

Through all of history, the word “terrorist” has had a somewhat convoluted meaning. It is a common saying that one man’s terrorist is another man’s freedom fighter. But when it comes to men like Miller, “terrorist” really is the only word that fits the bill. This was a man whose life work was to create and perpetuate violence and terror.

A portrait of Miller is a monument to a sort of base evil normally confined to cartoon villains and mythological boogiemen. He is the closest thing to a demon that could exist in the breathing world.

His campaign message warned that Miller, the white man, has “stepped back and allowed the Jews to take over our government, our banks and our media [and] allowed tens of millions of foreign mud people to invade our country, to steal our jobs and our women, and to destroy our children’s futures,” he said on a recording aired on Midweek Politics Radio.

Authorities believe that a middle-man purchased the weapons Miller would use during the attack on the Jewish Community Center.

This was not the work of a man who leapt into the deep end of insanity after some kind of immeasurable pressure. This was the work of a violent neo-Nazi who spent years of his life plotting and executing vicious attacks against minorities and activists.

There is no doubt that Miller was a terrorist in the most literal sense of the word. According to the Encyclopedia of Right-Wing Terrorism in Modern American History, Miller’s Group, the Carolina Knights of the Ku Klux Klan was “a paramilitary organization that had a reputation for violence. Miller was in the Klan caravan that fired on [and killed] demonstrators in Greensboro, North Carolina on November 3, 1979.”

Taken straight from his dossier on the website for the Southern Poverty Law Center (SPLC), Miller was “One of the first white supremacists to use paramilitary tactics with his North Carolina-based hate group—the Carolina Knights of the Ku Klux Klan, which later morphed into the White Patriot Party—Glenn Miller went on the lam in 1986 after mailing a letter to 5,000 people calling for ‘total war’ against the feds, blacks and Jews.”

According to the book “Terrorism in America: Pipe Bombs and Pipe Dreams,” Glenn Miller and two other white supremacists penned a “Declaration of War [that] included an assassination point system for the killing of Jews, blacks, and federal judges.”

According to the same book, the group was armed “with fully automatic weapons and homemade fragmentation grenades [and] rented a mobile home [where they] plotted how to get the revolution ‘off the ground.’” Afterward, they were indicted on conspiracy charges. According to the SAGE Encyclopedia of Terrorism, the United States Army recovered in stolen goods “13 LAW anti-tank missiles, rifles CS anti-riot gas, TNT, C-4 explosives and nearly 14,000 rounds of ammunition.”

The confiscation of these materials led to Miller’s arrest in 1987. He was sentenced to a prison term of six years, but was able to lower that to a more lenient three years after providing sensitive information to the Fed on the activities of 14 other white supremacist leaders who were facing trial. This betrayal would damage his reputation among other racists and white supremacists who were infuriated that he had sold them out to the Feds.

After leaving prison, Frazier Glenn Miller became a writer. In 1999, Miller published his seminal work and autobiography, “A White Man Speaks Out.” An excerpt from this book reads:

“You and I both know, deep in your heart, you agree with me. And I will prove it with one hypothetical scenario: you are alone in a closet of your home. There`s a bright red button. You can push that button and presto all Negroes and Jews and all other colored people are instantly removed from the North American continent and returned to their native countries.You`d push it, wouldn’t you whitey?”

He wrote this seemingly ignorant of the fact that, were such a button to exist, it would also remove white people from the continent and return them to Europe.

If, as a country, we want to say that we are opposed to terrorism, we must recognize that it does not reside only in the mountains and the jungles and the deserts of foreign countries, but that it also resides in the marrow of American hatred and discrimination. We shouldn’t cloak true terrorism in softer words because it was the work of a white man instead of a foreigner.

This man is a terrorist and is as true to that word as a man could be. Though the word has become almost meaningless, tossed like a hot sausage by politicians on both sides of our government, it is the only word that is fitting for 73-year-old Frazier Glenn Miller, who will sit in jail or on death row for the rest of his life, contemplating behind the steel bars of his prison cell the next installment of his autobiography.