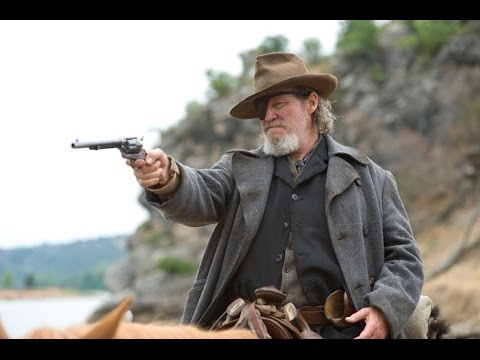 Remakes are no rare animal in the movie industry. With a vast majority of films released every year being either based on something already done or a complete remake of a long forgotten franchise, it becomes rather monotonous. However, when your remake is directed by the Coen brothers, features two of the greatest living actors of their generations, and aims to bring back a long lost staple of American cinema (the Western), then you have a formula that is sure to work—on paper, that is.

The story of “True Grit” involves Mattie Ross (Hailee Steinfeld), a fourteen year-old girl whose father was killed by an outlaw known as Tom Chaney (Josh Brolin). She seeks retribution and hires a U.S. Marshal by the name of Rooster Cogburn (Jeff Bridges) to hunt down and kill Chaney. The twist in the story comes as Mattie chooses to tag along and see the deed finished. The meat of the story involves Cogburn, Ross and a Texas Ranger known as LaBeouf (Matt Damon) going on a dark buddy comedy into the American West in search of a dangerous man.

While the story is good by itself and the characters are very flushed out, there is little room to deviate from the source material. The 1968 book, as well as the John Wayne film, follows a very linear path with minimal symbolism or metaphors included.

Seeing the Coen brothers restricted by such a narrative can be painful at times. Sure, their trademark dark humor and somber mood can be seen throughout the film, but there is a clear lack of depth when one tries to analyze what just happened. Compared to their past work, True Grit comes off as a generic genre film, with very little to add to the already established Western material.

Despite its lack of depth, the acting is spot on; Bridges and Damon both deliver outstanding performances while clearly having a genuinely great time doing it. However, newcomer Steinfeld steals the show with a perfect take on the civilized young girl. To think that she is the same age as the character she is playing only adds to the maturity she is portraying in the film. If her performance is any indication, she is set to have a very illustrious film career.

True Grit is an entertaining romp through the Wild West. The art direction is classic Coen, with the time period being brought to life with exact detail. The feeling of an uncivilized world being tamed by a new generation is clear in the chemistry between Ross and Cogburn and can also be seen in the landscapes presented in the film. The further away the characters get from the civilized world, the less law matters.
In the end, this isn’t the best Western film or the best Coen film; nor does it even have the best roles for most of the actors in the film. But it is one great movie that should not be missed.